Keiko Erikawa oversaw its production and Kou Shibusawa was the main programmer. Chinatsu Kuzuu composed the music for this game and remains the main music composer for the series until étoile.

Angelique was devised to be the "women's Nobunaga's Ambition": it was made with the hopes of including the appeal of Koei's extensive simulation titles without being too overcomplicated. To contrast the historical setting of its spiritual predecessor, the goal was to create a new world with an European fantasy focus. Ruby Party members wanted to make the script "sweet and feminine" to emulate their target audience's comic demographic and to help ease the learning process for people new to video games. The romancing aspects were included to cater to an audience Erikawa felt was largely ignored during the game's conception. To this day, she believes Angelique helped pave a new perspective for the Japanese video game market.

Consumers who purchased the Super Famicon Premium Box edition (December 8, 1995) received the game and the following merchandise: a colored comic book titled Kiniro no Tsuioku (Golden Recollection), a character message CD titled Kouen no Sasayaki (Whispers in the Park) and artcards of the Sacred Guardians. The Premium Box edition for Special included five postcards, a pencil case with a mechanical pencil and eraser, a memo pad and a jigsaw puzzle. Special's Premium Pack includes a 1997 calendar card, a character card, and a trial version of the Sweet Guide guidebook.

The setting is the faraway Sacred Bird Cosmos, a place magically ruled and protected by an anointed queen. She watches over her realm in a magical plane called Holy Land and is guarded by her nine Sacred Guardians of the Sacrea, or the otherworldly elements which can be used to sustain the cosmos.

One day, the 255th Queen suddenly decides to seek her successor. She personally selects two students attending Simolny Girls Academy to be brought to the Holy Land. Both girls are expected to work with the Sacred Guardians at the Flying Capital to foster two adjacent continents within a pocket dimension. Whoever is judged to be the most capable amongst the guardians and reaches the bridging gap between the two continents first has the right to be named the next Queen. The protagonist and player character is considered the least experienced of the two Queen Candidates yet holds promising potential.

During the introduction sequence, the player is given the choice of naming their protagonist, determining her astrological sign, her bloodtype, and the name of her continent. The Queen's Aide, Dia, offers to explain the Holy Land's facilities and functions for first time players. Facilities are:

While the player is presented with the goal to become the next Queen, they are free to pursue it, ignore it, or choose romance with one of the Sacred Guardians. Each character has two attributes which changes their attitude towards the protagonist: "Intimacy" (親密度) and "Affinity" (相性). Intimacy can be altered in this title by spending time with a guardian with dates and conversations. Affinity can be boosted by visiting the fortune teller, Sara.

Energy (♥, the hearts indicated at the upper right of the screen) is needed to perform most actions within the game and rejuvenate only when the protagonists sleeps for the day. If the player wishes to win the competition, they will need to answer the Sacrea demands they receive from the people living on their continent. Requests fluctuate with each visit.

The player can keep their information current by checking the Royal Institute's data chart (1 ♥) or by visiting the continent directly (4 ♥). Occasionally, a guardian may be present and may inform the player of how much their continent requires of their Sacrea (1 ♥).

Visiting a guardian within his royal quarters opens two venues for the player. They can either choose to make a Sacrea related request or converse with him. Conversations (2 ♥) can be about the guardian for their thoughts regarding other people (人のうわさ) or the protagonist (私のこと). Their responses can be used to gauge each guardian's current preferences or character relationships. Answering their corresponding questions may either boost/lower the guardian's Intimacy with the protagonist. Since character parameters differ with time, there is rarely a reliable answer which can be selected repeatedly.

For Sacrea requests, the player can ask for the guardian to nurture their protagonist's continent (育成) or hinder Rosalia's progress by taking away their Sacrea type from her continent (妨害). The guardian will then inquire for the amount he should give/take, which the protagonist can reply with "a little" (少し, 2 ♥) or "a lot" (たくさん, 4 ♥) to finalize the order.

When the protagonist sleeps for the day, the guardian(s) will fulfill the requests they had received during the day for both Queen Candidates. The amount a guardian gives/takes is affected by their Intimacy ratings for either candidate. If a guardian has a high Intimacy rating for either candidate, he will automatically give Sacrea to their preferred Queen Candidate's continent and sabotage her rival. Guardian bias can be checked visually based on the number of manors erected in their image on each continent.

The House of Divination can update current character parameters by having Sara read the protagonist's fortune (占い, 1 ♥). If the player wishes to change a character's Affinity with another character, they can request Sara to perform a charm (おまじない, 2 ♥) and initiates the series's iconic "Love Love Flash" sequence. Values improve the next day based on the two selected character's astrological signs and bloodtypes. One charm can be cast per day. If a guardian is present within this building, he can be asked to get along with another guardian or the Queen Candidates (お願いします, 1 ♥).

Exploring the park or forest lake costs no energy. Hold down R to dash while moving and B to access an instant exit option. A guardian may randomly be within either place at different times of day. If he is approached, the protagonist may choose to either invite him for a Sunday date (1 ♥) or give a polite greeting (no energy, Intimacy boost). Should the protagonist have high Intimacy ratings with a guardian, she can pray at the waterfall (4 ♥) for his arrival. Success rate is determined by their parameters. Depending on the player's attempts for romance, it can be used to help trigger a romantic ending.

Sunday is break day for the Holy Land; everyone takes a day off from their duties. The protagonist can invite a guardian at their quarters for a date (2 ♥). If they decline, the player can try another guardian. Dia can be visited at her room and asked for free dating advice.

Dates themselves completely drains the protagonist's remaining energy to either walk around the park, visit the lake or chat in her room. Walks in the park are lengthy quiz sessions to test the player's knowledge of their rival, the competition or their personal preferences. If the player answers every question successfully, they are rewarded with a personal facet about himself and a substantial Intimacy boost. One wrong answer ends the date immediately. Questions and answers vary with each visit.

Lake visits give minimal Intimacy boosts and can be used to initiate a guardian's romance events for the protagonist if specific Intimacy ratings are reached prior to the date. Conversations within the protagonist's room grants one possible and randomized fact regarding their guest (i.e: favorite food, family, etc.).

Although dates can be scheduled to the player's wishes, a guardian may randomly seek for the protagonist's company at the start of each day of the week. The protagonist is faced with the dilemma of answering him or ignoring him to proceed with their cultivation/mandatory check of their continent. If the player chooses to have the protagonist greet him, they can choose to go with him on a date or reject him personally. Dating options are similar to normal dates and uses all of the protagonist's energy. Declining hurts the guardians' feelings and lowers their Intimacy rating. These private invitations are needed for seeing a character's romantic event but are not mandatory for the competition.

Every second Saturday, activities are halted for the candidates to face the Queen's judgment. The Queen will reward whoever's continent has the most population and the most votes from the Sacred Guardians with an extra heart. These progress reports serve as a review of the general consensus for the competition. There is a maximum of 999 days to decide a victor. The game ends if either continent obtains 71 manors (reaches the bridging gap between the continents) or if the 999 day limit is reached without a decisive victor.

Self-explanatory. Proceed from previous save.

Since the SNES was originally unvoiced, Angelique characters first gained their voice actor credits in the game's various drama CDs series for original side stories. The majority of the starting voice actors were kept and used for the rest of the series thus far. Mooks for these stories were also published for commentary and written summaries. Other CDs include character image songs and voice actor commentary.

Two of the game's voice actors were namesakes and MCs for the 1996 radio program for PC-FX games, Toshi to Yuri to Haruna no PC-FX Club. Toshihiko Seki (Luva), Yuri Shiratori (Angelique Rimoge) and Haruna Ikezawa were the MCs. One corner of the program was dedicated to featuring Angelique trivia and announcements.

Aside from various guides and databooks, three light novels, the Angelique EXTRA VERSION series, were published by the now defunct ASUKA Novels. The books were written by Mie Takae; Kairi Yura did illustrations for the first book while the rest were illustrated by Kiya Otomo. Each book features stories of the Sacred Guardians' duties or daily lives before the Queen Candidates arrive to the Holy Land. Yuri Suwa wrote another original story for this cast in the light novel, Angelique Guardian Rhapsody. Saori Kumi wrote two Japanese parallel versions of the cast in the Edo period, or their Ibun series, Angelique Ibun Kengou Kurabisu Mukanshin no Suke and Angelique Ibun Shugosei Edogoyomi. Ruby Party wrote an Angelique fortune book with character related divinations and compatibility tests available for readers' experimentation. These fortunes could later be used to decipher their fortunes in Duet.

Kairi Yura created a comic adaptation based on the first game's characters which was published by Asuka Comics. Her works were republished with new illustrations to celebrate the TV anime broadcast of the series's fourth main installment, Koisuru Tenshi Angelique. Free samples of the four panel comics anthologies published by Koei can be read online at Gamecity. Their short story anthologies are listed on the series's site.

A three part OVA series was created to celebrate the tenth anniversary for Neoromance IPs. The anime production is an original story based on this game; it reuses voice actors, music and game quotes seen within it. AV Watch has commentary from the voice actors for the first volume. Its opening theme is Shoushin by Key Of Lover -access- and its ending theme is Yume no Arika ~realize your dream~ by 2HEARTS. 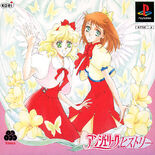 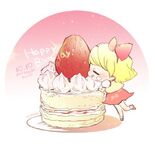