The character designs were made by Shinobu Tanno. The director was Akihiro Suzuki. Shinichiro Nakamura was the game's sound director while Jamie Christopherson composed the soundtrack. Much of the orchestral performance was done by Thanh Tran, Adam Klemens, and the Prague Symphony Orchestra. Evelina Christopherson provided the text and vocals for the Latin choir used in most of the music tracks. Additional music samples were also supplied by the East West Quantum Leap Symphonic Orchestra and Symphonic Choirs.

Kenichi Ogasawara, one of Omega Force's founders, said his next future project would be to someday create Bladestorm for the PlayStation Vita. He wants to include online capabilities for Bladestorm fans, feeling that it would fill in a missing gap from the original game. Suzuki commented in an interview during 2010 that the developers were interested in making a follow-up for this title, which was finally announced in 2014.

Players assume the role of a freelance commander with a group of mercenary units who can choose to align themselves with the French or English before each battle. Each conflict has its own set mission, which may vary from capturing a base, to defending a base, or capturing a base while defending another. Certain battles also have specific tasks that reward more money, items, and experience. These requests include acting as a bodyguard, defeating an officer's arch enemy, or trying to collect certain items found on the battlefield. Fulfilling a contract increases fame which unlocks more difficult stages and new events leading to special battles.

During the battle, players can assume command of various units, the basics of which are infantry, cavalry and archers. Throughout the game, more units can be unlocked by collecting special tomes. Infantry units disperse into an array of units including: knives, spears, maces, greatswords, axes, clubs and polearms, along with units that simply fight with their bare hands. Cavalry disperses into groups including knight units (essentially polearm-wielding infantry on horses), spear cavalry, and lady cavalry units. Archers also fall into subcategories, including short bow units, longbow units and crossbow units. The game also includes some special units, like cannoniers, trumpeteers, elephant units, and castle siege units. Because the key to victory lies in leading squads effectively, fighting alone is highly discouraged unless unit dispersal becomes a necessary tactic.

Each side leads various campaigns in different areas which results in various story paths. Luring the base commander out of hiding and defeating him is necessary in order to take over a base. Since Bladestorm focuses on capturing territories within each battle, conflict persists until every base within an area is captured by one side. Bases may range from minor keeps to fortified strongholds which all have their own set of units guarding them. Leaders and soldiers accompany the player, and greatly affect the play on the battlefield. Leaders on each side play key roles in capturing bases, and should be used to the player's advantage. Defeating enemy officers earns not only fame but also items or denier.

Throughout the storyline, sub-stories also develop, which often tie in other well-known mercenaries that may accompany the player in battle. These can vary from attempting to out-do another mercenary on the battlefield, or to befriend them. Sometimes, they may even appear as enemies depending on what faction the player currently sides with.

At the beginning of each battle, every unit is grouped at a different base and has a specific course set for them during the battle. It is the player's personal job to decide who to aid in order to achieve victory. Allied and opposed officers have an effect on the battlefield and have the capability to defend or take over a base on their own. Keeping a careful eye on various units' movement and observing which bases are being attacked will result in a greater advantage for the player.

The gameplay appears fairly similar to Kessen III. It's possible that this title is actually the oft rumored Kessen IV, which was reported to be set during medieval times in Europe. 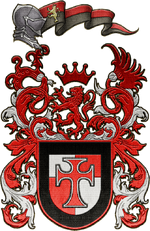 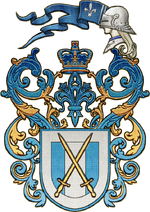 Performed by Rin
*used for commercials