Chen Shou (onyomi: Chin Ju) was a Shu official who was demoted and forced out of the capital by the corrupt Huang Hao. After the end of Shu and the rest of the Three Kingdoms, he would work for the Jin government to author Records of the Three Kingdoms, a compilation of biographies, annotations and other important records from Wei, Wu, and Shu.

Even in modern day, the book is still considered the most authoritative source of information for the period and is a part of China's Twenty-Four Histories.

Chen Shou often appears after Zhuge Liang's death and is often present during Jiang Wei's northern campaigns and often helps defend Shu when Sima Zhao launches the conquest of the kingdom. In Dynasty Warriors 8, Chen Shou will block the secret path at Jiange. 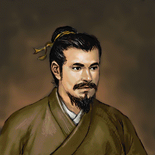 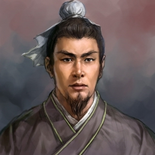