Cheng Yi (onyomi: Sei Gi) is one of the many officers who resist Cao Cao and is killed during the battle for Tong Gate.

Cheng Yi appears mostly as a general of the allied forces at the battle of Tong Gate in Dynasty Warriors. Depending on the game and which side you play on, Cheng Yi might be among the defectors who side with Cao Cao after Han Sui betrayal. However, some games may have him stay on Ma Chao's side, especially when playing on Cao Cao's side. Recent games have him also appear at Liang Province, where he fights the Han forces under the banner of Han Sui and Bian Zhang.

In Romance of the Three Kingdoms, Cheng Yi can be seen serving Ma Teng, Ma Chao or Han Sui, depending on the scenario. He is usually among the better officers of the Xiliang troops, having leadership and war stats in the 70's. However, his other stats lack a bit in comparison, being in the 40's and 50's. He has a high cavalry rating and his skill in the eleventh game allows him to produce more horses, although his low 40's intelligence may reduce the effect.

Cheng Yi was briefly mentioned in various Wei records and Ma Chao's scroll from the Record of the Three Kingdoms. He was an honored man who received high praises. Together with Li Kan and Yang Qiu, he was the most influential of the Guanzhong lords. During the Battle of Tong Gate, he amassed a large army under Ma Chao and Han Sui. However, when the generals were put at odds with one another, their rebellion was crippled and scattered. Left with no other options and surrounded on both sides, Cheng Yi fought bravely through the confusion. As with Li Kan, he died in battle.

Cao Cao reportedly praised him by uttering, "While Ma Chao and Cheng Yi have conspired against me near the Yellow River of Tong Pass, it is your exploits that have truly destroyed Weinan."

In the novel, he was one of Han Sui's Eight Riders mentioned in chapter 58. Together with Ma Chao, he conquered Chang'an from Cao Cao's forces. He was sent by Ma Chao to scout Cao Cao's territory afterwards. When he did not notice any enemies during his mission, he decided to penetrate the enemy lines much deeper. Eventually, he was ambushed by Cao Cao's men and the whole scouting party was killed. Cheng Yi himself was cut down by Xiahou Yuan before Ma Chao's reinforcements could arrive. 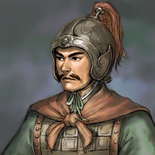 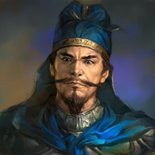 Romance of the Three Kingdoms XI portrait
Add a photo to this gallery
Retrieved from "https://koei.fandom.com/wiki/Cheng_Yi?oldid=430170"
Community content is available under CC-BY-SA unless otherwise noted.