The Date clan (伊達氏, Date uji), or the Idate clan according to seventeenth century Roman and Edo period records, is one of the few samurai families from ancient times to remain active in Japan today. In the Samurai Warriors series, officers from this clan wear green.

They originated from the Fujiwara Hokke, founded by Fujiwara no Fusasaki and one of the families four main branches. According to the Azuma Kagami, the clan's origin began with a servant of Minamoto no Yoritomo originally named Hitatchi Ninyoudosai. Settling for a time in Isa Province, a branch of his descendants named themselves Date. The family broke off into several places of the land by the Kamakura period. The clan's seventh head destroyed the Nagai family and took their territory. He eventually surrendered to the Ashikaga shogunate.

However, the first Masamune opposed his family's lands being cut and made a quiet rebellion during his later years, supposedly going against some of his clanmen's wishes. He allied with the Ōsaki clan and fought Yūko Mitsutomo and Uesugi Zenshū. His family's reputation was given a significant boost and praised. A mere feudal lord with little land became a great lord of Mutsu Province when he subjugated Kamakura and other parts of the land for the shogunate. By the late 1400s, the Date were recognized as a powerful clan.

During the Warring States Period, Masamune heavily pushed for an expansion of his land's borders. Skilled with warfare and politics, he took advantage of the weakened Ashikaga shogunate and chose to subjugate several of the shogunate's retainer families. By 1589, Oshu was largely expanded to its maximum potential. After Hideyoshi subdued the Hōjō, he set his sights on the Date. Due to Ieyasu's negotiations, an all out war was avoided and the Date submitted. Hideyoshi relieved them 72,000 koku. Allying with Ieyasu for the rest of his campaigns, the Date received rewards for the majority of the time era as a tozama daimyo. Eventually, Masamune established Sendai and the clan kept a relatively high reputation ever since. Today, current leaders of the Date clan continue to be influential figures in Sendai.

The March 11, 2011 earthquake damaged Masamune's gravesite, breaking a stone lattern and stone wall hanging nearby. A tōshō-gū in Aoba-ku, Yokohama had one of its torii gates and over 34 stone latterns collapse from the quake.

Yasumune was born in Tokyo and succeeded his family estate in Sendai after his father's passing. He supervised the 1987 NHK Taiga drama, Dokuganryu Masamune; his name can be seen in the opening credits. He leads the Sendai Aouba Festival parade each year in May, dressed in traditional samurai armor.

The following families are among the many whom originated from the same roots as the Date family.

The Three Heroes of Date (伊達三傑) were three reputable retainers who served under Masamune. Each were greatly distinguished and equally earned high honors during their lifetime.

According to the Tokugawa Ieyasu Kyuin, Masamune created these ideals for his clan to follow. The legitimacy of these articles are debated, but they are used in fiction to build a contrast between the Date and Uesugi during the Keicho-Dewa Conflict. Here are rough translations of the mentioned articles.

This list is limited for the duration of Masamune's lifetime. 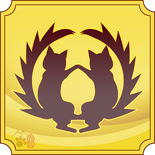