Destrega (デストレーガ) is the second 3D fighting game developed by Omega Force, the first being Dynasty Warriors. It borrows elements from its earlier title, yet adds the idea of long distance energy blasts and a faster combo system. Destrega plays in a similar manner as the quasi shooting-fighting game series, Psychic Force, which was popular in Japan's video game arcades with its sequel during 1998.

Akihiro Suzuki was the game's director and Kenichi Ogasawara served as the game designer. Hiroshi Kikkawa did the character designs while MASA took part in music production.

During an interview with Gpara for Dynasty Warriors Vol. 2, Akihiro Suzuki was asked about his thoughts and participation regarding Destrega. He stated the staff's main goal for the title was to make an interesting game that felt like a "3D movie". Suzuki reflected that the development team were still getting acquainted with using 3D models and admitted that the camera work and other mechanics didn't give quite the punch they were aiming for. Even so, he said the members of the development team still consider Destrega to be a masterpiece. Suzuki revealed that the simplicity of the game's battle system -one that anyone could easily play and enjoy with only a few buttons- became his backbone philosophy for the Dynasty Warriors series.

The game's narrator for the Japanese dub is Takeshi Endō.

Long ago, beings with omnipresent powers graced the land and offered man with the chance for prosperity. Humanity feared yet respected the entities, accepting them as their masters. Yet man could not discard their lust for power and demanded for power to be given to them. The entities gave them the tools they so desired and man abused them, sending an end to their once peaceful empire in a single year. Civilization suffered and the artifacts of power were lost.

1,000 years later, civilization has been rebuilt and was ruled under the Empire of Ipsen. When the ancient book of Zamu'el was unearthed into the world, it retold the wonders of these artifacts of power and once more ignited man's dreams for conquest. Eleven years before the start of the game, a war erupted over the artifacts —late dubbed "Relics". During the insurrection, the Empire's royal family falls and the Prime Minister Zauber reigns supreme. Utilizing cruel tactics on his quest for domination, Zauber wants to hunt down the sole threat against him: the Strega.

Classic arcade mode that allows a single player to face the others.

Full voiced story mode that follows the characters and tells the game's story. Also features pre-scripted battles in which players may lose due to storyline purposes.

Standard versus mode between two players. Any stage may be chosen in this mode.

Lets players create several teams of fighters to fight against one another. Teams can be formed with a minimum of three and can be maxed out at six. Life will be regenerated for the winner of each round. A single player can fight against a CPU opponent or their friends in this mode.

Finish a run with a 1P Battle format in record time.

The game's survival mode. A single player tries to outlast a flood of enemies.

Solo practice mode available for beginners and advanced players to test out combos and characters.

Place to adjust controls, difficulty, sound, and record scores from other modes. An extra option is available to view brief character biographies and a video game tutorial.

Zamu'el is the name of the ancient country mentioned in the prologue, which destroyed itself due to civil war and a relentless quest for strength. Its history is given brief mentions throughout the game to draw a parallel to Zauber's relentless acts of calamity.

Each character either possess Strega powers or will rely on ancient Relics -magical weapons- to produce analogous results.

Hills - A grassy field surrounded by hills and slopes. Despite the lack of obstacles, elevation difference between opponents may interfere with long-ranged combat.

Villa - The current residence of Princess Anzeal. Surrounded by walls reminiscent of Islamic architecture along with a fountain at the center.

Gate - The entrance leading to Zauber's castle. Players can hide beneath the drawbridge or entrance wall to avoid long-ranged attacks.

Castle 1 - The inner courtyard of Zauber's castle. The layout is filled with various terrain and platforms.

Castle 2 - Another exterior location within Zauber's castle. The upper right wall can be used to gain the advantage over height.

Remains - The remains of an old ruin. Constant jumping is required to traverse the whole layout.

Shrine - The courtyard of a shrine within Couger's country. Not an accessible stage in Story Mode.

Fortress - The base of the Tieme's resistance faction. An area filled with slopes and a ruined wall used for defense against projectiles.
Add a photo to this gallery 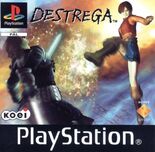 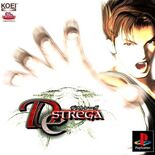 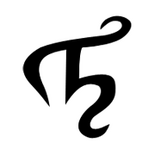 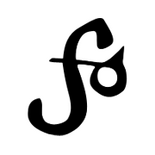 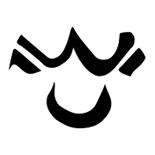 Foh (Span) symbol
Add a photo to this gallery

Retrieved from "https://koei.fandom.com/wiki/Destrega?oldid=216861"
Community content is available under CC-BY-SA unless otherwise noted.