After Emperor Ling's death, the insurrection to dispel the Ten Eunuchs began. During this time, the young emperor and the prince fled with a minister and were rescued by Dong Zhuo. Taking advantage of the chaos, he absorbed He Jin, a great deal of other Han loyalists, and Ding Yuan's forces as his own. In the latter case, he famously gained the general Lu Bu to serve under him. Dong Zhuo saw more worth in the younger prince and eventually designated the boy as Emperor Xian in 190. He allegedly did so by poisoning Emperor Shao (Prince of Hongnong) and his mother. Soon after, he declared himself to be the administrator of the young Emperor Xian.

His actions outraged Yuan Shao, who gathered a coalition of warriors against him. He and other generals formed the Guandong Coalition and they clashed with Dong Zhuo several times. Dong Zhuo feared their increasing numbers and often pushed to relocate the emperor and the capital's residents westward. When the coalition's activities died down, his wish was finally granted and the emperor was relocated in Chang'an. In 192, Wang Yun and Lu Bu revolted, killing Dong Zhuo and his family members and setting their bodies on fire. According to the Yulanyin (御覧引), the people mutually rejoiced Dong Zhuo's death and celebrated so much, the prices for meat and wine had to be raised. The ashes of his body were later collected by soldiers of his subordinates and buried at Feicheng.

Romance of the Three Kingdoms depicted Dong Zhuo's rise to power as rude and disrespectful from the start. Marveling Prince Liu Xie's (future Emperor Xian) calm composure to his appearance, Dong Zhuo held a banquet to propose his plan to make the prince be the reigning emperor. It was strongly opposed by Ding Yuan, who had an adopted son, Lu Bu. Musing that the mighty general could be a worthy asset, he bribed Lu Bu with Red Hare to become his own adopted son. Lu Bu accepted after some contemplation and struck Ding Yuan down for him. Dong Zhuo's repeated offenses in the capital lead Wang Yun to give Cao Cao the mythical seven-star sword for an assassination attempt. Cao Cao failed due to Lu Bu's keen observation and the fugitive was on the run. Dong Zhuo continued to order several innocents to be slaughtered as he reigned within the capital, ridding the dethroned imperial family for their subtle display of displeasure.

When the coalition was formed, Dong Zhuo's forces confronted them at Sishui Pass and Hulao Gate. Both battles held particularly famous exploits for Liu Bei and his oath brothers, such as defeating the mighty Hua Xiong and the duel with Lu Bu. Due to civil disputes among the coalition parties, Dong Zhuo rested easy in the court and ruled mercilessly. His downfall would soon be caused by Diaochan's manipulative flirtations and a jealous Lu Bu. His corpse was first put into display by the insurgents against him and later buried with respects by his loyal supporters. However, moments after his burial, his coffin was exhumed and rejected by the earth. His remains were charred by lightning. Two more unsuccessful burials, the narrative implied that the Heavens were too displeased with Dong Zhuo to accept him. 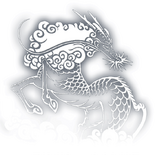