Dynasty Warriors (三国無双, Sangoku Musou) is the beginning of the Dynasty Warriors series. Unlike the later games, the original game was a 3D one-to-one weapons-based fighting game similar to Tekken, Soul Edge, or Star Gladiator. The tag line for the title is "You can't say you know the Three Kingdoms until you've played Dynasty Warriors!".

The following characters need a code in order to play them. These characters do not possess endings. 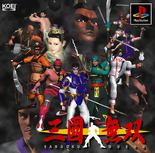 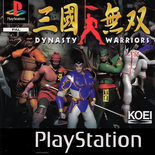 European package art
Add a photo to this gallery

Retrieved from "https://koei.fandom.com/wiki/Dynasty_Warriors?oldid=463204"
Community content is available under CC-BY-SA unless otherwise noted.