Edit
watch 01:54
Arcane: League of Legends - The Loop
Do you like this video?
Play Sound

E Huan (onyomi: Gaku Kan) is a fictional officer of the Nanman army in Romance of the Three Kingdoms. He served under Gao Ding who held the post of prefect in Yuejun.

Romance of the Three Kingdoms gives E Huan a very high war stat within the 80's, but his other stats bar his leadership fall fairly low in comparison. He is best suited with pike units and usually serves under Meng Huo in the "Nanman Rebellion" scenario.

A subordinate of the tribal leader Gao Ding, E Huan was feared for his tall height (which measured up to nine feet tall) and savagery in battle. His proficiency with the crescent halberd made him a force to be reckoned with among those within the Nanman army. However, he fell prey to a trap laid by Zhuge Liang after crossing blades with Wei Yan. Upon his release, he convinced his lord to surrender and swear fealty to Shu. 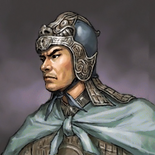 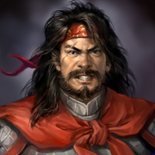