This page is for the natural philosophy found in East Asian culture. Since they don't appear in Koei's games, this page will not cover the Buddhist/Japanese version of the Five Elements, Panca-dhatavah or Gotai. To see Elements in the Warriors franchises, please see Elements.

The Five Elements, also known as the Five Rotations (五行), are five natural elements found within the natural world. The elements are Wood (木), Fire (火), Water (水), Metal (金), and Earth (土). Known to coexist and cancel one another out, these elements were thought since ancient times to lead to the formation of all life. These elements have also been said to act as a memorization tool for the five astrological planets known by ancient China.

Though prominently known as a Chinese invention, the philosophy has trickled to other parts of East Asia and is found in several practices. It can be found and practiced within traditional Chinese medicine, Taoism, astrology, music, Korean cooking (especially popular for the trademark arrangement of bibimbap), traditional Korean clothing, and so on.

The origin of the concept is fuzzy, but it has been known to have existed since the Western Zhou Dynasty. According to the Guoyu, the order of the elements was named as Earth, Metal, Wood, Fire, and Water. Shujing names the elements with the order Water, Fire, Wood, Metal, and Earth and names each elements' traits. Most charts for the Five Elements today are ordered so that each elements' annulments forms a continuous loop, starting with Wood, Fire, Earth, Metal, and Water. These exchanges are known as the following:

Within several Koei games, the Five Elements cycle appears in several titles focusing on East Asian historical or fictional classics. Players are likely going to see these elements incorporated as a natural trait for characters throughout the game, affecting the damage they can deal and receive from attacks. For example, a character with an innate Wood element would suffer more damage from a blow dealt from a Metal elemental attack. On the other hand, Wood characters can deal critical damage to characters affiliated with Earth.

The chart below lists various properties associated with the Five Elements. It's not a complete list by any means, but it mentions several beliefs attached to the Fire Elements philosophy.

During the Chinese Warring States period, a practitioner of yin-yang tied the five elements to concepts of yin-yang in an attempt to explain further complex phenomenons. These principles incorporate the Ba qua invented by Fu Xi and assign each element with "heavenly" and "earthly" properties. Yin-yang theories are also responsible for the respective "strengths" and "weaknesses" found within the Five Elements. This version of the Five Elements is found in various yin-yang practices, often including affiliation with the Four Sacred Beasts, celestial stems, and earthly stems.

Japanese onmyōdō primarily focuses on this practice of the Five Elements, incorporating various other deities and thoughts into the cycle. Since the series began roughly based on the mythological foundations for Kyoto, the Harukanaru Toki no Naka de series uses this version of the Five Elements for the Eight Guardians found throughout the games. 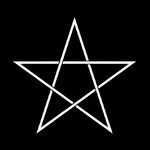