Gaia (ガイア, Γαῖα) is a mythological goddess said to have given life to the Earth itself. She is the grandmother of Zeus, mother to Chronos, and took Zeus in after his father had tried to devour him.

Known as the mother god of Olympus, Gaia lost her own body long ago after sustaining the land with her powers. Before the events of Warriors Orochi 4 Ultimate, she was only present as a soul without a body. Despite this, she still held a place in Olympus and was approached by Loki regarding the growing instability of Odin, bringing his sacred treasure, Mistilteinn to prove his word. In response, Gaia has Loki and Perseus eliminate any Asgardian spies within Olympus.

After the first Ragnarok and Zeus's death at the hands of Ares, she is approached by her grandson and is asked to aid the other humans in their struggle against Odin. Gaia complies and proceeds to rescue both Yukimura Sanada and Loki at the Wuzhang Plains. She then introduces herself to the Coalition and uses her power to read the earth's memories to try and trace Odin's actions to find his soul. Her leads eventually take the Coalition alongside to Changshan, where they are surrounded by Odin's illusions and horrors. Fortunately, Hades arrives to rescue the Coalition's army and joins to help stop Odin.

As Hades is able to locate Odin's soul near Yggdrasil and the Spring of Mimir, he and Zeus proceed to break past the opening gates of the Spring at Chencang-Ueda, which requires them to siphon its power. This power is later directed to Gaia, who is finally able to create a new body for herself. Gaia later aids the Coalition in finally killing Odin, but Odin's death causes Yggdrasil to lose its power source, and the entire tree collapses. Like the other gods and mystics, she transports the humans away to spare them of its destruction. Despite the fighting finally being over, Gaia's voice calls out, claiming that the true problem was still present.

In the alternate scenario that Perseus is revived prior to the final battle, he informs Gaia that Hades had actually been manipulating Odin to grow Yggdrasil so that he could take its power for himself. By the time the Coalition reaches Odin in Changshan, they find that his soul has been reclaimed by Hades, and they move to escape instead. Believing the reason to be Hades's growing jealousy of his brother's rise, Gaia continues to cover the humans as Hades unleashes his full strength against them.

Hoping to rescue Odin from death, Gaia and the mystics return to Changshan to have the goddess and Kaguya work together in restoring the latter's time-traveling abilities. Although Hades arrives to disrupt their progress, the Coalition stalls long enough for Kaguya to send everyone back to the past. This time, they rescue Odin and gain his support against Hades. As Hades is still absorbing Yggdrasil's power, Odin directs Gaia and the rest of the Coalition to the underworld alongside, where Hades's sacred treasure, Bident, could be used to separate Odin from Yggdrasil. Throughout Odin's journeys, Gaia asks the god if he has changed his perception of the mortals, which the god cynically replies that it does give him the strength to do some things he couldn't do alone.

In the final battle against Hades, Gaia and Zeus begin fearing that Hades has now absorbed more power than he can control, and their fears come true as he soon becomes more insane in his attempt to surpass his brother. Ultimately, Hades is finally defeated, but Zeus offers to work alongside his brother once again in spite of their conflict. Though Hades proceeds to immediately return back to the underworld, Gaia is happy to know that he was at least touched by his brother's words.

Hoping to provide the humans with a parting gift, Gaia has the combined Asgardian and Olympian army march against them for one final battle before they return back to their respective worlds.

Wise, but domineering, Gaia is revered by the gods of Olympus for her knowledge and intuition. In spite of her sagacity, she often hates being teased, especially with regards to her age as the oldest. Nonetheless, her doting nature makes her well-loved amongst the other divine beings and humans alike.

She is concerned about the relationship between Hades and Zeus, aware of the older brother's jealousy and the younger brother's ignorance to the matter. She takes it upon herself to make sure both are kept in check when conflicts finally arise. She takes pride on Perseus in particular despite his demi-god heritage and pressures him to take a more muscular appearance like his father. She provides advice to Lianshi when it comes to providing comfort to others.

Gaia's weapon is named after the Hecatoncheires, a trio of giants with a hundred hands that were the children of her and Uranus. The Hecatoncheires would aid Zeus during the Titanomachy, and, following the defeat of the Titans, would become the jailors of Tartarus. 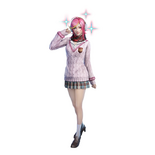 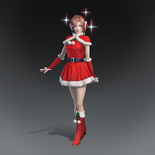