Han Fu (韓馥, onyomi: Kan Hyoku) is the governor of Ji Province, who joined the coalition against Dong Zhuo.

Han Fu appears as an officer in Romance of the Three Kingdoms. In earlier games, he is an average general with all stats in the 50's or 60's, but more recent installments tend to give him very low intelligence and battle skills which rank among the worst in comparison with other officers. Therefore, he should be kept away from the front lines in newer installments. Most games have him start out as a righ-ranked officer of He Jin before he is given his own force, which is situated in western Ji Province around the city of Ye.

Hán Fù (149-191, style name: Wénjié) served as Member of the Secretariat during the late Han Dynasty before he became Head of the Imperial Censorate. In 189, Dong Zhuo took over the capital and Han Fu was made Governor of Ji Province. One year later, a coalition was formed to topple Dong Zhuo. Han Fu refused to join the coalition initially, perceiving it to be a private matter. However, his subordinate and Grand Administrator of Bohai, Yuan Shao, who also served as the head of the coalition, convinced him to join eventually. Still, Han Fu did not actively participate in the coalition and stayed behind in his capital Yecheng for the whole time.

After the coalition disbanded, Yuan Shao aimed to increase his influence and power. Ji Province had vast amounts of fertile land on which he heavily relied on, but the province was still under Han Fu's control. In an attempt to contain Yuan Shao's increasing influence and to control him better, Han Fu began to limit Yuan Shao's supplies. Yuan Shao in turn invited Gongsun Zan to attack Ji Province from the north and contacted Han Fu's officer Qu Yi, who was dissatisfied with Han Fu's rule, convincing him to defect. Yuan Shao advanced into Han Fu's territory and, fearful of the outcome of Yuan Shao's attack, Han Fu heeded the advice of his men and surrendered to Yuan Shao.

Although Yuan Shao promised Han Fu to treat him well, the opposite was the case. Han Fu and his family were constantly harrassed and his former officer Zhu Han (朱漢), who had been treated badly by Han Fu in the past, attacked Han Fu's son and broke both of his legs. Additionally, many who stood by Han Fu's side and continued to support him were either abandoned or killed. Han Fu decided to flee south and joined Zhang Miao in Chenliu. Shortly after his arrival, Han Fu suspected Zhang Miao to be plotting against him as well, probably due to his friendship with Yuan Shao. Desperate, Han Fu committed suicide.

Romance of the Three Kingdoms introduces Han Fu in chapter 5, where he is listed as one of the members of the coalition against Dong Zhuo. During the battle of Sishui Pass, after Yuan Shu's officer Yu She was killed by Hua Xiong, Han Fu confidently announced that his general Pan Feng would slay Hua Xiong. However, Pan Feng was himself killed after a short duel.

Han Fu reappears in chapter 7, when Yuan Shao plotted to take Ji Province from him with the help of Gongsun Zan. Having received a warning by Yuan Shao from an imminent attack by Gongsun Zan, Han Fu sought advice from Xun Chen and Xin Ping, who advised him to seek Yuan Shao's aid and invite him to administer the region. However, his commander Geng Wu remonstrated, pointing out Yuan Shao's dependence on him. Han Fu replied that he saw Yuan Shao to be by far abler than him. Yuan Shao entered the city and Geng Wu and Guan Chun attempted to assassinate him, but failed and were killed. Yuan Shao made Han Fu "General Who Demonstrates Grand and Vigor Courage in Arms", but entrusted the administration of the region completely to his own subjects. Han Fu was stripped off his rank. Afterwards, he abandoned his family and sought refuge with Zhang Miao. 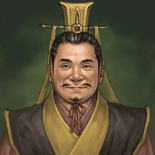 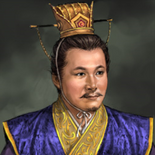 Romance of the Three Kingdoms: The Legend of Cao Cao portrait
Add a photo to this gallery
Retrieved from "https://koei.fandom.com/wiki/Han_Fu_(Other)?oldid=423214"
Community content is available under CC-BY-SA unless otherwise noted.