Hisashi Koinuma (鯉沼 久史, Koinuma Hisashi; born on October 2, 1971) is a video game programmer, producer, and director. He is currently Koei-Tecmo's Chief Operating Officer, President and CEO, Development Director of the Entertainment Division, and Lead Manager for the Gust brand. Koinuma is married and his family has three children, two sons (one being the eldest) and one daughter.

He started to love video games when they were introduced to him by his older brother, who is three years older than him. When he was younger, he grew attached to Koei's early simulation titles for the PC and liked the first Romance of the Three Kingdoms title. As he visited the local game centers and expanded his video game library, he decided early in his life to someday be a game creator. To avoid angering his mother from playing too often, he regularly went to school and kept a part-time job to support his interests. During this time, he took an interest in programming to support his future goal. Koinuma played various titles and genre through his youth, but he mainly likes the role-playing or action adventure genre.

After he graduated from Tokyo Denki University with a science degree, he surprised and upset his family by boldly stating his dream to create video games. His parents thought he was aiming to be a financial advisor like his grandfather, who incidentally worked with Koei from time to time. When his father decided to approve his son's choice, Koinuma was given access to his relatives' connections to other companies. There were several candidates he could have chosen, but the final decision was his long admiration for Koei's simulation games. He joined the company in 1994 as a programmer, his first work being Kessen. He remembers the experience as a test to his skills as the company was still working out the kinks of their new hardware systems. Koinuma recalls several all-nighters and last minute changes, remarking that the movies in Kessen were barely able to be burned onto the game disc.

In the interviews following Koinuma's promotion as president, Kou Shibusawa replied that it was a decision backed by years of trust. He said he formed a strong rapport with Koinuma ever since Kessen's hectic development and the duo shared drinks together during the roughest patches. Many of their ideas and opinions happened to coincide with one another. He originally thought Koinuma's third-party collaboration pitch was risky but was pleasantly surprised by its popularity. Koinuma remarked that Shibusawa informally passed many executive duties onto him since 2007.

His personal interests include the Gundam franchise, Romance of the Three Kingdoms, Never Ending Story, and many other titles.

His early preferences and experiences would help shape his goal for the Warriors series: to make an appealing "Action RPG" genre and something not done before by Koei. He is happy to have made at least one Gundam title in his lifetime. While he enjoyed tinkering around with the Nintendo 3DS, he did wish there was a bit more machine power available for Samurai Warriors Chronicles. He feels there is still a lot of potential to found within the Samurai Warriors series and hopes to see it grow further.

Koinuma himself isn't a history buff and hasn't studied much history since he is more about creating games. Other people who work for Koei may be the same way or may be historical fans. A handful of employees have vacationed to China to see Red Cliffs in person.

Regarding his thoughts on the video game industry, he finds that developing methods found in Japan and those found overseas have their respective merits; he doesn't see either one of them as being particularly flawed or dominate over the other. He remarked that video games should stay to the basics (simple to learn and play) for lasting appeal, yet encourages developers to continually expand their horizons with different consoles, products, and levels of gameplay difficulty. He is looking forward to a future of lots of experimental titles filled with quality ideas. According to his commentary at Xbox360 Storategy 2012's stage event, Koinuma would like to someday create a title to challenge the Western audience on the Microsoft console. If possible he would also like to create a game for Kinetic (which he notes is amusing but difficult to work with) or the Wii U.

He said that there are tentative plans for collaborations with Sony Computer Entertainment and Microsoft, but these plans are still in their infant stages at best.

If it were in his power to do so, Koinuma would like to someday create something which focuses on the earlier years of the Japanese Warring States period to fully showcase the dramatic exploits of the Uesugi and Takeda. Koinuma also confessed his surprise for requests to include more obscure regional daimyou into Koei's games. He figures that even if he or no one else in the development team knows about them, someone always will and will always vouch for them.

In his 2017 Nikkei Trendy Business interview, Koinuma said that the company's focus is to release new IPs on multiple platforms that will better cater to the tastes of an international market. Rather than following the standard business model of "Japan and the West", he wants to include more projects for the Asian market outside of Japan. If Samurai Warriors is mainly a hit only in Japan, then Dynasty Warriors is a wiser choice for stating the the company's appeal to Chinese and Taiwanese audiences. He aspires to continuously improve the AI within the company's games while trying out new technology. He believes that the end result will lead to an interesting experience for both developers and consumers.

Koinuma stated that the company's restructuring is in response to business reform that has been called within the company, a strategy that is faithful to the company founders. He adds that it is likely that they will be outsourcing more if the teams need help managing their development learning processes and their production deadlines.

Aside from the promotional media meetings for the products he has served as producer, Koinuma has appeared live for fans at the following stage events. 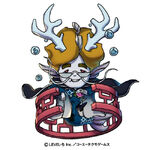