Here is a collection of Huang Gai's weapons in the Warriors series.

Firstly, equip the Red Hare Harness if available. Do not equip a bodyguard unless you plan to leave them on wait mode at the start. Just kill every general and sub-general yourself. If one of your allies, including bodyguard, kills any before the Valuable Item message, you will not get the weapon. 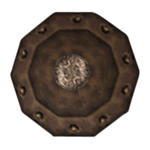 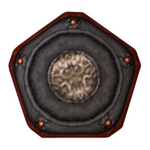 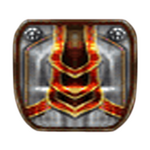 Shade Shield (Dynasty Warriors 4)
Add a photo to this gallery

Huang Gai uses cudgels as his main weapon in the game.

Huang Gai uses the club as his default weapon in the game. But starting in Empires, his new weapon of choice is the arm blade.

Huang Gai still uses the arm blade as his default weapon in this title.

Retrieved from "https://koei.fandom.com/wiki/Huang_Gai/Weapons?oldid=442188"
Community content is available under CC-BY-SA unless otherwise noted.