Ishin no Arashi (維新の嵐, Translation: Storm of Reformation) is the first entry of Koei's Rekoeition series, a set of simulation titles which incorporate role-playing game elements. It was first released by Koei in 1988 for the PC-9801. So far the games remain in Japan and have not been localized. Ishin no Arashi's setting is the Bakumatsu.

The series's namesake alludes to the Meiji Restoration –sometimes abbreviated as "The Restoration" (維新) in Japanese, a chain of events to completely remove the shogunate and samurai society erected during the Warring States period and to restore the Emperor's influence. These events happen after the series's setting.

The iconic main theme heard in the opening credits for the series was composed by Yoko Kanno.

Players predominately follow the Anti-Shogunate, Pro-Shogunate, or the proponents for opening the country throughout the tremulous time period; the depths of their perspectives vary on the title. It becomes progressively narrow by the third title.

Each game within the series has a unique presentation, but they retain a set of key gameplay elements. The player's character is often a historical figure of the era. They have stats such as vitality, intelligence, strength, and charisma to determine their strength against other figures. Players can increase these stats by studying with a scholar, traveling the countryside, or by training at a dojo within cities. Their character's political ideology is fixed and helps determine their initial set of foes and allies.

Story objectives are given for the player to complete, but they are ultimately optional. Players can freely roam the city and other districts as they wish. The in-game time follows a day and month cycle based on their actions, and historical events can be missed entirely if the player desires. The player's character can choose to befriend anyone they come across, although their affiliated ideology may affect their chances of success. Contrasting parties may fight against one another automatically, while neutral parties may be more willing to converse with one another.

A character can be persuaded to follow the player character's ideology by engaging in turn-based debates. The two characters sit across from one another and debate over topics important to them. Debate topics change at whim, but participants can determine their "knowledge" on a subject based on the number of topic cards they hold in their arsenal. The efficiency of the cards relies on the numerical value printed on it and the character's individual stats.

The player's main objective is to have their character's political affiliation dominate the country. Generally this feat can be achieved by gaining other people's trust within cities and districts. Ideologies can be changed by befriending influential members of a district through a social network of acquaintances. Once the ruler and the retainers of a district is convinced, their affiliation will change. If the player fails to achieve this goal by the game's time limit, they will receive an automatic game over. The game's time limit is December 30, 1876 in early installments, but this date changes by the third.

Multiple endings are offered for each game's scenario, some of which diverge from history. 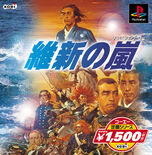 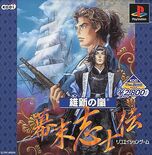