The Jin Dynasty (晋朝 or 晉朝), also known as Western Jin (西晋) formed at the end of the Three Kingdoms period. Though it unified Han China under one ruler, its prosperity was short-lived and gave birth to another period of civil conflicts.

The Dynasty Warriors games has the faction symbolized by a light blue color and a qilin; Dynasty Warriors 9 associates them with white. The Online adaptation uses the linggui as their animal guardian. Other merchandise surrounding the series may associate members with a dog instead. In Romance of the Three Kingdoms their color varies. Most of Koei's titles tend to prefer mentioning the dynasty via historical mentions or encyclopedia entries for detailing the end of the era.

The Western Jin Dynasty has its roots with Sima Yi, who served Wei during Cao Cao's time. After the ruler's death, he offered his services to Cao Pi and Cao Rui. By the time Cao Pi had obtained the Nine Bestowments, the Sima family's reputation had grown exponentially. Sima Yi's efforts in dealing with the Wu army invasions, Zhuge Liang's Northern Campaigns, Gongsun Yuan's revolt, and other pivotal events forged a mighty reputation for him. When others in Wei warned the emperor that Sima Yi was monopolizing his position, the latter distanced himself from political affairs. Combining the forces of his own supporters and that of his sons, Sima Shi and Sima Zhao, Sima Yi eventually led a coup d'état on the influential regent who was suspicious of him, Cao Shuang.

Sima Yi's influence was passed down to Sima Shi and then onto Sima Zhao in 255. Sima Zhao continued to expand the influence of the Sima family, which reacted negatively with several officers in Wei. After dealing with Zhuge Dan's rebellion as well as Jiang Wei and Zhong Hui's attempt to oppose the empire, he eventually became the King of Jin. After his death, his son, Sima Yan, used a similar tactic as his father to force Cao Huan to abdicate the throne and became the first emperor of Jin. With two empires down, Sima Yan eventually led troops to cause Wu's end in 279. Sun Hao surrendered the following year and was demoted as Marquis of Guiming.

In 290, Sima Yan died and power went to Sima Zhong. Unlike other figures of the Sima family, however, Sima Zhong was known for his infamous stupidity and clumsiness (now thought to be a learning disability). He was married to Empress Jia Nanfeng, best known as a malicious woman who manipulated her husband's position and her status for her own desires, but at the same time managed the goverment with effecient progress. Due to the improper balance, Jin's government began to fall into decline and developed into an ugly power struggle between Empress Jia Nanfeng, Empress Dowager Yang, Sima Liang (Sima Yi's third son) and Sima Wei (Sima Yan's fifth son). Their animosity escalated into a civil war known as the War of the Eight Princes. During their struggle, the Sixteen Kingdoms began as a result.

On top of this, a prior general sent to the north by Jia Nanfeng named Wang Jun was to control the Xiongnu tribes, but instead managed to gain their influence. Soon he managed to have a near-whole nation of armies under his control, and while safe from several of the affairs that occurred within the Jin kingdom's struggles, Wang Jun and his new Xiongnu allies managed to pillage the northern nations one by one and managed to slowly absorb several of the rest, causing a few of the other Sima clan members to attempt to hold them back with no avail (and at the cost of their lives).

Though the civil war eventually had its final survivor, Jin's influence had declined greatly and northern China was ravaged from their fighting and eventual surprise-conquering by Wang Jun's influence. Sima Chi was enthroned by Sima Yue and Jin struggled to recover. Liu Yuan, a pivotal figure during the War of the Eight Princes, declared independence from Jin. In 311, his son, Liu Cong invaded Jin's weakened Luoyang with the aforementioned Xiongnu people and captured Sima Chi, later called the Yongjia Rebellion. Allowed to live for a time in the Han Zhao capital, Sima Chi was eventually executed in 313. Following his death, Sima Ye -one of Sima Yan's sons- was still alive in Chang'an and hastily appointed. However, his reign was short lived when Chang'an fell in 316.

Sima Rui fled east to Jiangnan, the south of Yangtze River which led to the beginnings of Eastern Jin.

This list only includes the designated rulers for Western Jin. It doesn't list other descendants from Eastern Jin.

During the creation process of the character designs for the seventh Dynasty Warriors title, the developers thought about symbolizing Jin with the color magenta to help distinguish it from the other kingdoms. Eventually, they settled for cyan (light blue) due to Jin's closer ties with Wei (which now sports a darker shade of blue as its main color). To make up for a leader for Jin, they had moved Sima Yi to the new faction despite being in Wei for most of the story. 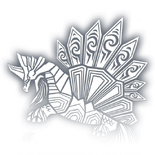