Kazu'uji Nakamura was a general of Hideyoshi, who, along with Yoshiharu Horio and Chikamasa Ikoma, was later appointed as one of three arbiters. His other names were Dairyūin-dono (大竜院殿) and Genshinkō-Daizenjōmon (源心公大禅定門).

In Samurai Warriors, he appears as a sporadic general in the Oda and Toyotomi forces. In the first game his only appearance is at Yamazaki under Hideyoshi's forces. Defeating him as Mitsuhide Akechi is vital in capturing Mount Tennō. Later games has him appear more frequently, in Samurai Warriors 4, he also appears at Oshi Castle and may be injured when the Hōjō army break the levee, causing him to retreat. This can be prevented with a stratagem in Samurai Warriors: Spirit of Sanada, where the forces near the levee escape by boat and reappear to ambush the Hōjō forces.

In Samurai Warriors 5, his playable counterpart is now a member of the Kōga clan, and he and Mitsuki are hired to aid the Rokkaku clan at Kyoto against the allies of Yoshiaki Ashikaga. Upon his defeat, he surrenders and joins the Oda army in protecting Yoshiaki when the Miyoshi Trio return and attack the capital. He is subsequently left as part of Hideyoshi's detachment during the campaigns against the Azai-Asakura forces.

During the campaign against the Mōri, he and the rest of Hideyoshi's forces are ordered to march for Harima, but Kanbei Kuroda is captured by the Araki at Arioka castle. In order to reach the castle, the Hashiba forces battle through the Mōri blockade at Kizugawaguchi, but Kazuuji is quick to notice Hanbei Takenaka's deteriorating health. At Arioka, they are finally able to save Kanbei, but Hanbei finally succumbs and perishes before Harima.

Not being given the time to mourn, Kazuuji works with Mitsuki once again at Harima, but the abandoning of the Amago clan and Shikanosuke Yamanaka causes her to join Sandayū Momochi's rebellion at Iga. Briefly splitting from his lord, Kazuuji arrives to assist the Akechi and Tokugawa forces in dealing with Sandayū before rejoining Hideyoshi's battle at Takamatsu. He later works with Kanbei during the final battle against Mitsuhide at Yamazaki, where he shows no qualms in having to face Mitsuki once more.

He entered Oda service after Hideyoshi became an owner of Nagahama Castle in Ōmi Province. He was involved in the war against Ishiyama Hongan-ji and joined the battle at Yamazaki after Oda Nobunaga's death at Honnōji. After the conflict at Shizugatake, he received a rank as an owner of Kishiwada Castle in Izumi Province and received the prize of 30,000 koku.

In 1584 and 1585, he fought in battle at Komaki-Nagakute and Kishū Campaign. His actions in many campaigns brought him an award of Minakuchi-Okayama Castle (水口岡山城) in Ōmi Province along with the prize 60,000 koku.

After Hideyoshi's death, he and his wife, Ikeda Sen, went on to serve Tokugawa Ieyasu. He died from the illness before the battle at Sekigahara has started. After his death, his younger brother, Nakamura Kazushige and his son, Nakamura Kazutada took care of the clan. 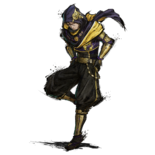 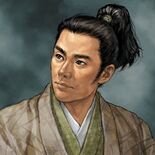 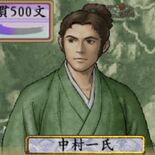 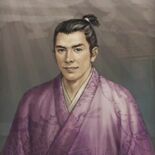