Lu Kai (onyomi: Riku Gai) is a nephew of Lu Xun who served as the prime minister of Eastern Wu during the reign of its final emperor, Sun Hao. Lu Kai was one of the few officials daring to speak against the emperor's behavior, but after Lu Kai's death, Sun Hao exiled his family due to resentment for Lu Kai's honesty. 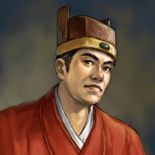 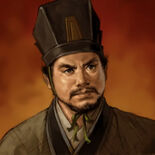 Sangokushi Kaitai Shinsho appearance
Add a photo to this gallery
Retrieved from "https://koei.fandom.com/wiki/Lu_Kai_(Wu)?oldid=430137"
Community content is available under CC-BY-SA unless otherwise noted.