Luo Xian (onyomi: Ra Ken) is an officer of Shu who later surrendered to Wei after Shu fell and served the Jin Dynasty during its formation.

When Luo Xian served Shu, he was appointed as an assistant to the Crown Prince. However, his animosity towards the corrupt Huang Hao caused him to be transferred to Badong which bordered Eastern Wu. Luo Xian fought against the invading forces of Wu who sought to take Badong while Shu lost its war against Wei. He then submitted to his kingdom's conquerors and requested them for reinforcements.

Eventually, Badong fell and Luo Xian retreated to Baidi Castle where he endured a six-month siege. Despite the arrival of Wu reinforcements lead by Lu Kang himself, they could not dislodge Luo Xian from Baidi and were eventually forced to retreat when Wei invaded their position at Xiling.

While serving Jin, Luo Xian recommended Chen Shou, author of Records of Three Kingdoms, and Zhuge Jing, the grandson of Zhuge Liang, into service within the Jin government. Luo Xian would then go on to conquer Wucheng and was one of many who proposed a strategy for conquering Wu. 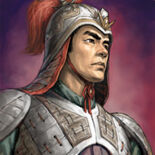 Romance of the Three Kingdoms: The Legend of Cao Cao portrait
Add a photo to this gallery
Retrieved from "https://koei.fandom.com/wiki/Luo_Xian?oldid=410904"
Community content is available under CC-BY-SA unless otherwise noted.