The Mōri clan (毛利氏) is a clan that has ties since the Heian period in Japan. They survived the Warring States period and are still active to this day. In the Samurai Warriors series, they are represented with orange.

The three stars in their family crest references three stars within Orion's constellation. In Chinese culture, these three stars represent three generals. This particular aspect of mythology carried over in Japan, in which the general group of stars was known as the "warrior's star". The single character that graces the three stars is believed to symbolize the ancient Mōri clan's founder, who was said to have been Emperor Heizei's bastard child and a lost candidate as the land's imperial prince. It remains as a lasting mark of the Mōri's ties to royalty.

Omodaga, also known as "Victory Grass" (勝ち草) in the Warring States period, was considered a good luck charm and was favored by soldiers since the early Heian era. The Mōri are said to use it due to a far-fetched yet interesting tale regarding Motonari. One year, while he was at war, he crossed a river. He stopped to watch a dragonfly land on a full grown omodaga and admired the beautiful sight. While he watched them and felt moved by the simple joys in nature, he happened to see a breech in the enemy lines. Motonari ordered his troops to advance and they claimed a resounding victory. Hence, the omodaga was said to have been assigned as a code of arms in their clan.

This list only includes the immediate ancestors of the Mōri branch and doesn't list previous leaders from the Ōeno family.

Motohide is currently married and he owns the Mōri residence in Yamaguchi. He is usually seen as a representative in traditional ceremonies and is reported to have met the current Shimazu head, Nobuhisa, in person.

The Eighteen Generals of Mōri (毛利十八将) were individuals who were praised and distinguished during Motonari's rule. While it's unlikely that they were called as such during their lifetimes, they were indeed important vassals for the Mōri family.

Hidemoto's grandson, Tsunamoto, was involved with watching ten of the famous Forty-seven Ronin in his residence. He was ordered to do so after the ronins had achieved their goal. True to the typical attitude towards rebels, he labeled them as scoundrels and criminals. Once he realized that the Hosokawa clan had treated the ronins with respect, Tsunamoto reflected on his actions and strove to portray the ten warriors in a better light. A marker for the mansion these ronins once resided and other memorials for the ten still exists in Tokyo today. The following lists the ten ronin in question.

These list represents the castles that Motonari ruled at one point during his time of power. They are separated by province name. 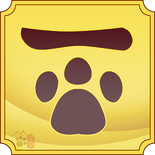