Ma Zun (onyomi: Ba Jun) is a general of Wei who served as the Prefect of Tianshui. He is best known for being the commander whom Jiang Wei served under prior to his defection to Shu.

In the Dynasty Warriors series, Ma Zun is the one who always commands the Wei armies in the Battle of Tian Shui. In Dynasty Warriors 5, Ma Zun is a careless commander relying only on his generals to push the invading forces out of Tian Shui. If the player fails to defend Nan An or An Ding during Wei's version of the battle, Ma Zun will panic and flee from Tian Shui, eventually leading him to Zhuge Liang's main camp. When using the Shu forces, Ma Zun will stay in the locked Tian Shui castle. After capturing Nan An and An Ding and defeating Jiang Wei, Ma Zun will try to escape and to only way to end the game is by defeating him to capture Tian Shui castle.

He reprises his role at Tianshui in Dynasty Warriors 7 when Jiang Wei is reintroduced into the series.

In Dynasty Warriors 8, Ma Zun retains his previous role in Shu's historical route. In the hypothetical route, he and Jiang Wei will attempt to reinforce Xiahou Mao at Chang'an, but Jiang Wei implores Ma Zun to advance further first. Later in the battle, Xu Shu will deceive Ma Zun into thinking that Jiang Wei had been a defector.

Ma Zun was the nameless Prefect of Tianshui in Jiang Wei's scroll for Record of the Three Kingdoms. His name is given in the Weilue.

In 228, Zhuge Liang was approaching Qishan on his northern campaign. Ma Zun decided to counter the threat by sending out troops for border patrol, ordering Liang Xu, Yin Shang, Liang Qian, and Jiang Wei out. As they were out, Ma Zun heard other prefectures were in the midst of defecting, and he began to doubt the loyalty of his scouts. During the night, he fled his post to a castle in the upper Gui County. His actions were noticed by the stranded scouts, whom tried to re-enter the castle gate. Refused at the castle and at the Ji District, they were soon surrounded by Zhuge Liang's troops and decided to surrender.

Ma Zun's whereabouts after the incident aren't clearly indicated. However, Zhang Ji's scrolls indicate that Wei's Prefect of Tianshui and Prefect of Nan'an abandoned their posts and tried to flee to the east. Whilst on the run, they ran into the Prefect of Longxi County, You Chu. You Chu was currently cut off from communications with the main command so he had to deal with the two runaways by himself. Upon hearing that they fled from Zhuge Liang, he chided them for abandoning the people within their posts and the land's trust; his words had them weep with shame. He gave them the offer to redeem themselves by joining his defense against the incoming Shu army. You Chu would only allow the two prefects to surrender to Shu in the event their position fell. After ten days of fighting, Zhuge Liang eventually withdrew from the area. You Chu was recorded as the lone commander who remained at the post.

Since the two prefects are not mentioned thereafter, there has been speculation that they could have left the area with Shu's army. Others argue that the prefects were too cowardly to even think of fighting and fled once more to an unknown location.

Ma Zun's role in the battle at Tianshui is revised in the novel. After Yang Ling and Cui Liang are killed, Zhuge Liang attempts to deceive Ma by sending a fake messenger requesting reinforcements. Ma tried to comply with the message, but Jiang Wei stopped his superior and warned him that he was only playing into the enemy's hand. Jiang later formed a counter-strategy, and Ma Zun initially feigned ignorance and left the city according to Zhuge Liang's plan. Zhao Yun later arrived in compliance to Ma Zun's absence and demanded that the city surrender, but he was ambushed by Jiang Wei's troops, and Ma Zun turned around to return back to Tianshui. With Zhao Yun utterly defeated, Jiang Wei advised Ma to mount a surprise raid on the Shu forces' camp when their main forces arrive. Jiang's counsel proved correct again when the raid nearly claimed Zhuge Liang's head.

Later, the Shu forces launched a separate attack on Ji district, Ma allowed Jiang Wei to leave with troops to rescue the area as that was where his mother resided. Soon, Xiahou Mao arrived after his release from the Shu forces, and he informed Ma Zun that Jiang Wei had already betrayed the Wei army. While the two were conversing, Zhuge Liang proceeded to send a man disguised as Jiang Wei to attack Tianshui to cement the doubts of Ma and Xiahou regarding Jiang Wei's defection. When the real Jiang Wei, having been tricked out of Ji, arrived, Ma Zun immediately ordered his archers to attack his former subordinate, causing him to betray Wei for Shu. 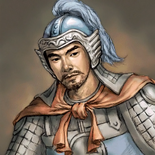 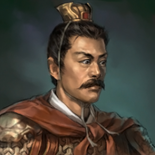 Comic Sangokushi True Episode appearance
Add a photo to this gallery
Retrieved from "https://koei.fandom.com/wiki/Ma_Zun?oldid=448974"
Community content is available under CC-BY-SA unless otherwise noted.