my GAMECITY (マイゲームシティ) is Koei-Tecmo's official social network service for Japanese fans and visitors of its official entertainment website, Gamecity. It has been in service since September 2010. Unlike the company's official fanclub, which requires proof of a purchased product, my GAMECITY is free to join and enjoy. Additional purchases can be used for the games, but they are not mandatory. As of September 2017, the service now has a milestone of over 1 million registered users.

According to company executive, Kazumi Fujita, the service was conceived as an addition for the company's social games. Kou Shibusawa wanted to present a community for fans to share their appreciation for the company's products with social communities hosted by the company. The portal site also served as a place for miniature present campaigns and information regarding the company's live events. Shibusawa thought the next natural step for the community was to make it its own game for the PC browser. That way, they can use the same system to reach out to international fans online with their social networks. He also felt that a game version of the community could further unite fans of the company's various IPs.

The PC game version of my GAMECITY was made to allow players to fashion their own identity using their favorite IPs from the company. Shibusawa considers the game to be a friendly homage to the company's 30 years of service in the video game market. Although the featured franchises are so far few, he promised that more IPs would be included such as those from Gust or Tecmo. Fujita later responded that there are plans to include company IPs that have been discontinued over the years as well.

In a later interview, Fujita explains that visitors complained their interests were not being catered with their initial and neglected their core audience with a clunky GUI. It forced fans to play their simulation when many preferred to take their time becoming acquainted with their specific interests. When the matter was raised to Shibusawa, the general producer answered that the community should be a website which collects many games for fans to enjoy and nothing more; Shibusawa was upset with himself when he failed to explain his perspective clearly when he saw the city social game was still active. Fujita adds that their current community setup seeks to reward loyal users and casual fans alike.

July 2015 layout
Add a photo to this gallery

my GAMECITY offers the basic following services for registered fans:

Attendees of Koei-Tecmo's live events can also receive serial codes they can use in either the company's social games or MMORPGs. my GAMECITY members can then register them for their products. Lately special product campaigns involving a my GAMECITY membership have been taking place, one of which includes the Neoromance Message Campaigns for Christmas, Valentine's Day, and White Day.

A web money service using GC Coins started with the portal site. Users can exchange GC Coins at the company's online shopping service as a substitution for money and use it to purchase merchandise. Alternatively, GC Coins can be bought with the user's money and used within my GAMECITY's games for extra bonuses. 1 GC Coin is equivalent to 1 yen. Campaigns which reward users with GC Coins are occasionally hosted by the company to encourage new membership.

As of July 18, 2012, members can receive a daily random amount of GC Coins when they log into their account. Users can collect an allotted amount of digital stamps to obtain more GC Coins for free. This service ended March 11, 2015.

As of December 20, 2012, my GAMECITY users can upgrade their account to a premium membership with an entry fee of 1,050 yen. The first time payment doubles as an annual membership. It is the revised name for Koei Fanclub, meaning members of the previous service are automatically premium members.

Members can receive the following benefits for joining:

Basic and easy to play traditional games available with any membership. They often require the mouse or the keyboard.

Registered users can play the following games in their PC browser. As of November 13, 2014, third party browser games are included.

The eponymous social game is controlled entirely by left-clicking with the mouse. Users confirm or reject their actions through the game's graphic interface.

Players raise their avatar using a basic RPG leveling system. It's encouraged for players to routinely leave their created town to gain booty and Experience Points (XP). An "Avatar Level Up" boosts the maximum limit for the avatar's inventory and maximum health limits. Treasure which they obtain from adventures can be used to help bolster his/her town or his/her equipment.

Avatars can equip a weapon, a wig (helmet), and an outfit (armor). Avatars can change their equipment to customize their appearance inspired by the company's IPs. Each costume is determined by the avatar's gender, and they cannot equip clothing from the opposing sex. The chart lists gender as boy first then girl.

As of June 20, 2012, players can use GC Coins to buy different color dyes. These dyes can be used to change the color of a character's hair or clothing.

Special costume offers have been included into the game as of July 18, 2012. These costumes require the player to purchase them in their town's shop with GC Coins. The wig and armor cost 200 GC Coins each.

Nyabraham Linnyahn presents the game's tutorial and assigns quests for the player as they play. Depending on the day, he may randomly award players with a special event or gift as they log-in.

There are four necessary consumable values within the game:

Each player is given their own plot of land which they can manipulate to their desires. Constructions/objects within their plot of land can be removed, rotated, or moved to their aesthetic preferences. Players can build houses or restaurants when they start out, and more options are unlocked by whatever realm the player wishes to explore. They are themed based on the company's IPs or realms which are listed in the adventure section.

Buildings can serve as decorative constructs, but their main purpose is to help the player's avatar. Every construction falls under a particular category:

Real time timers are placed on crops and constructs, meaning that it is impossible to immediately use whatever the player builds. Waiting is mandatory. Times are indicated as the mouse hovers over objects in the town. Some items can be ready in five minutes, while others may need two hours. Fortunately, the player does not need to be logged-in to fulfill the waiting time listed on the timers.

1 WP is used each time the player uses a building or chops down a single crop of land. Eating at a restaurant to restore HP, in other words, requires 1 WP per building. 1 WP is needed for fusing the avatar's equipment together to increase the equipments' level. A maximum of four items can be fused at once. Higher weapon/armor levels is imperative to increase the avatar's attack and defense for adventures. NPCs in the avatar's town may randomly give the avatar a present if they are given 1 WP.

Pets can be added into a town if a particular building is found and created. Aside from being a unique cosmetic, pets can reward avatars who feed them with more WP or a HP boost. Their appearance changes based on the building's design motif.

Players can visit another user's town and have the option to send them private messages. Friend requests can be sent using the social game's messaging system. Friends can indirectly help one another by giving their friends' consumable goods or by acting as background support against enemies in their adventures. It's encouraged to routinely use the in-game's automated greeting function to increase friendly benefits. Greetings use 1 WP each time. While players can visit his town, they cannot befriend Nyabraham.

The update on July 4, 2012 now allows players the opportunity to purchase Pieces usually found whilst adventuring with GC Coins. Players can use the feature to finish their Collection or to purchase an exclusive land feature for their town. Pieces can be bought by clicking the Collection icon.

Avatars can select their realm of choice to explore. Each realm has its difficulty setting indicated by its level, or Stages; the higher the numbered stage, the higher its difficulty. Players can move up in Stages by clearing its allotted Floors, a number which increases as the player progresses. The designs for each realm is inspired by one of the company's IPs. Here are the areas which so far appear in the game.

The player cannot advance forward until every treasure box on a Floor is opened. 1 HP is required to open a treasure box. If the avatar runs out of health at any time, he/she will be transported back to the town to recover. Treasure boxes will have the following loot:

Players are encouraged to open the same item type in consecutive order, or to create Combos. Combos increases the amount of loot and XP gained, automatically restores 1 WP, and additionally increase an avatar's attack and defense. They begin when the player collects three of the same icon and quickly break when an irregularity is encountered.

Enemies may randomly challenge an avatar to battle when a treasure box is opened; opponents are characters which appear in the realm's IP (e.g. the Dead or Alive realm may have Ayane challenge the player). Before the fight begins, each opponent's attack and defense levels are visually shown to the player using colored gauges. The player's avatar is represented as blue, while their opponent is red. In other words, a completely red gauge means the avatar will lose the fight. If the odds are against them, the player has the option to flee. This action costs an avatar half of his/her current HP and immediately transports him/her back to town.

Fights are simple sprite battles with automated dialogue from characters. Winning grants safe passage for the treasure box and bonus XP. If he/she is damaged, the avatar loses HP and the endurance of their equipment may be lowered. Lost HP is added onto the mandatory 1 HP needed to open the treasure so, if an avatar loses 2 HP in the battle for the treasure, it means they will use 3 HP to open it. Players can try to prevent the loss of their avatar's HP by using 5 WP in battle to restore 5 HP.

As treasure boxes are opened or when pieces and equipment are discarded, the avatar collects Treasure Points (TP). When he/she has obtained 100 TP, a Dream Sequence is activated. This temporary phase allows the player to see what is inside each treasure box before it is opened, thus simplifying Combos for the player. During a Dream Sequence, the player unlocks the option to change the Floor's treasure with the cost of 10 WP. Dream Sequences end when the avatar's HP reaches 0 or if the TP reaches 0.

my GAMECITY members can also use the official social service to purchase cell phone games at discounted prices. The shop so far it only applies to Android games.

my GAMECITY has been advertised at Koei-Tecmo's Tokyo Game Show booth ever since its conception. Fans were able to vote for the network's mascot, or "mayor of Gamecity". The winner was Nyabraham Linnyahn who has since appeared as a costumed mascot at Koei's live events in Japan. He additionally acts as the mascot for Koei's YouTube trailers.

The press event for the community's renewal was broadcast live for interested fans at Ustream. The idol Eri Kohinata, who previously acted as a live mascot for Saihai no Yukue, was present to comment about the game.

The my GAMECITY social game was showcased in the seventh episode of Koei-Tecmo LIVE!.

A collaboration campaign with idol Azuki Moeno is being held from December 21 to January 31, 2017. Participants can earn various prizes and GC Coins. 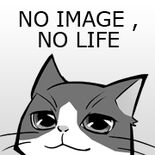 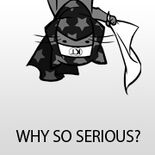 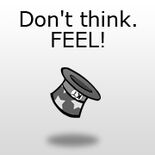 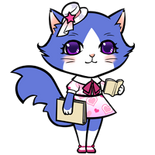 "Something will happen on July 22nd!"

"Something will happen on August 29th!" 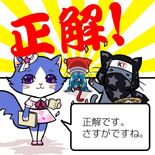 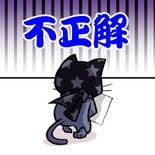 Incorrect/Time Up screen
Add a photo to this gallery

Retrieved from "https://koei.fandom.com/wiki/My_GAMECITY?oldid=421802"
Community content is available under CC-BY-SA unless otherwise noted.