Pan Jun (onyomi: Han Shun) is an officer with a long history tied to Jing province. He served under Liu Biao, Liu Bei, and Sun Quan. He is remembered for being an honest and fair minister who stood up against anyone who abused their power.

Pan Jun appears in Dynasty Warriors 7 at Fan Castle. He fights on both the Shu and Wu side of the battle, as he will change sides to Wu when they strike from behind. If no alarm is sound while the Wu forces advance, he will surrender without a fight. In Dynasty Warriors 8, Pan Jun resumes his place at Fan Castle, this time guarding the route to Mai Castle, where Guan Yu flees after being ambushed.

Pan Jun was born in Hanshou County, Wuling. During his upbringing, he studied under Song Zhongzi and was praised by Wang Can as being a person of extraordinary talent. At age 29, Jun entered the service of Liu Biao as an assistant officer at Jiangxia. It was at this post that Pan Jun first made a name for himself in his pursuit of justice, as he investigated, tried, and executed the chief officer of Shaxian County for the crime of political corruption.

After the rapidfire exchange of control over Jing Province in 209, Pan Jun found himself serving Liu Bei. His new lord appointed Pan Jun as an assistant officer of the Jing province headquarters. A post he maintained when Liu Bei led forces into Yi to take the lands from Liu Zhang. The surprise attack by Wu while Guan Yu was away at Fan Castle caught Pan Jun and others off guard, leaving them little choice other than to surrender. When Sun Quan summoned the different officers of Jing to officially switch their allegiance, only Pan Jun pleaded illness and refused to appear before the future Wu emperor. Sun Quan eventually ordered Pan Jun’s bed carried to his presence to finally meet the man. He was able to convince Pan Jun that  he would allow Jun to maintain his commitment to justice as a part of Wu.

Sun Quan started Jun off within Jing province, continuing to help govern the province. In 220, Pan Jun helped suppress rebellious forces led by Fan Zhou, recommending only 5,000 forces to deal with a man Jun considered a braggart. Once he defeated the rebel, Pan Jun was made a Marquis and given the rank General of Vehement Might. When Sun Quan declared himself emperor, Pan Jun was promoted to Marquis of Liuyang County. Between the year 234-235, Jun was among the officers assigned to help Lu Dai repress rebellious native tribes in Wuxi.

Pan Jun inadvertently protected Gu Yong from Lu Yi (Sun Quan’s chief of his “secret police”) by being next in line to Gu Yong's post. Lu Yi knew that Pan Jun would not tolerate false accusations clearing the way to his promotion and would investigate and prosecute Lu Yi for such actions. When Pan Jun visited the Wu capital of Jianye, he saw presenting the abuses of Lu Yi was a fruitless effort, so he instead invited Lu Yi to a banquet with the plan to kill the abusive official. Unfortunately, Lu Yi learned of the attempt and avoided the trap. Pan Jun died in 239, leaving behind two sons and a daughter.

Several legends surround the character of Pan Jun, highlighting his dedication to providing justice regardless of rank. One such story tells how Pan Jun refused to hunt pheasants with Sun Quan, claiming such a waste of time and resources during a time of war was dangerous to the kingdom. Sun Quan took this warning to heart. Another tale claims a man named Xu Zong, a friend of Sun Quan and Kong Rong, came to visit Jianye and let his servants act lawlessly. When Jun found out, he tried and executed Xu Zong as the la demanded. One last story tells how Jun forbid his grown son, Pan Zhu, from courting favor with Yin Fan, a recent Wei defector well liked for his orations. Jun correctly predicted that Yin Fan had little substance and it was not long before he was executed for treason when he tried to change sides once again.

Pan Jun's first appears in chapter 73 of the  Romance of the Three Kingdoms. He is disparaged by Wang Fu as a jealous and selfish individual, untrustworthy for the task of protecting their Jing holdings while Guan Yu lays siege to Fan castle. Once Sun Quan controls Jing, he puts Pan Jun in charge of the newly acquired lands to help keep them under his control. 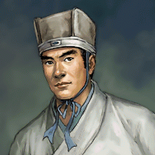 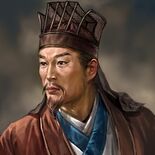