Politan (ポリタン) is a mascot of Dengeki PlayStation, a gaming magazine published by ASCII MediaWorks. Originally called Playtan, he came into being in the magazine's first comic strip and expanded to have his own editorial column. Various media often depict him with Big Sis (お姉さん, Onee-san), another character who served as a foil to Politan's straight man routine.

This mascot has been used in the past by editors to profess their love for the Warriors IPs. It eventually led to various collaborations with Koei. 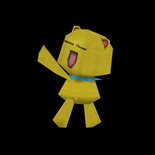 Stamps for Dynasty Warriors Next 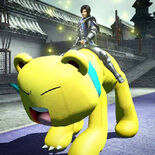 Helmet for Toukiden: The Age of Demons 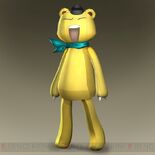