Samurai Warriors (戦国無双, Sengoku Musou) is the second franchise of Warriors games created by Omega Force first published in 2004. It is set in the Japanese Warring States period. The first Warriors series, Dynasty Warriors, crosses over with this one in the Warriors Orochi universe.

After Hisashi Koinuma worked on Dynasty Warriors 3: Xtreme Legends, he sought to create a Warriors title that represented one of his original interests in Koei. He thought that if Dynasty Warriors is the action version of Romance of the Three Kingdoms, it would be natural to create a version based on the Nobunaga's Ambition franchise. When he pitched the title, Koinuma directed his concern to "refresh" the one versus a thousand theme.

Changing the setting alone created more leeway for focusing on the characters and their future, he argued. Compared to the Three Kingdoms' giant battlefields, the Warring States could become more concentrated on smaller incidents and sieges. He has also wanted to create a game where the player could witness each character's fates within a united story, one that doesn't completely follow history or common portrayals found within fiction. Doing so was his belief of making historical figures within this game unique and interesting. With these ideas in mind, Koinuma supported the creation of this series. He actively listens to the responses from fans in Japan and works to make their biggest requests possible.

His choices to move the series to Nintendo's systems are usually motivated by his desire to tinker with new hardware for the company and series. His desire to create Samurai Warriors Chronicles on the Nintendo 3DS began after he tried a test demo of the Animal Crossing title for the hand-held console. Although skeptic, he was blown away and sought to ignite the same experience with Samurai Warriors fans.

Koinuma commented that characters are initially chosen based on their fame with the masses and are altered to follow each entry's particular design theme. The development team seeks to follow history to a degree, but Koinuma stresses that they want to present the era from ever-changing angles to make it interesting for developers and players. This is the reason why character relationships may change between each main installment. The Samurai Warriors team listens to fan feedback through the company's social medians and events and try to meet their demands with their decisions.

Characters are organized by the game where they make their first appearance as a playable character. The expansions and spin-offs are merged with their respective games. 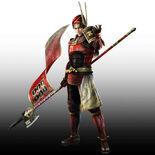 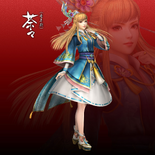 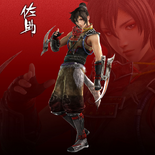 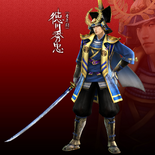 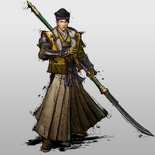 This list refers to uniquely designed non-playable characters. Most of them become playable at one point in the series.

Gamecity compiled DVD recordings of the 2010~2014 voice actor stage events into one box and dubbed it Live Video Sengoku Musou Seiyu Ougi DVD-Box. The deluxe edition of this collection also compiles the live character messages or narrations onto a single CD.

Downloadable content for these games can be found in the DLC category.