Edit
watch 02:19
Wiki Targeted (Games)
Do you like this video?
Play Sound

The Treasure Box will include a postcard set, a character illustration book, an original soundtrack CD, and a cloth poster. The Ikki Tousen Box includes all the aforementioned bonuses plus a set of mini acrylic stands. The downloadable-exclusive Deluxe Edition provides players with additional in-game items to start with.

As this is a re-imagining of the franchise, character move sets and gameplay have been changed. Most characters now wield different weapons, even sharing and swapping weapons at will like in Dynasty Warriors 7. Characters equipped with their preferred weapons will be able to perform combo attacks unique to them. Personal skills and hyper attacks also make a comeback. Musou attacks now have unique finishers with rendered portrait effects.

The story mode this time around is heavily inspired by the original title, with Nobunaga and Mitsuhide as the main focus, both each having their own main story route. Other daimyo and perspectives on a conflict will be represented in a side branch of either story route. The story itself ends at Honnōji rather than covering the Toyotomi and Tokugawa reigns like the rest of the series had done. Free Mode is not its own individual mode this time, instead being an option within the story mode after you have completed any given stage.

The side mode for this game consists of a tower defense like mode. The player chooses two characters to defend a vital base on a small map, the base's health is on the top screen. The player can summon friendly troops to help defend a vital point or launch an ambush on unsuspecting enemies. Winning battles with your chosen characters will unlock extra interactions and bonuses for the castle base in Story Mode.

Samurai Warriors 5 will feature 39 playable characters, though two of them are the older iterations of Nobunaga Oda and Mitsuhide Akechi.

These characters, while playable, do not have their own signature moves and musou art.

This game has characters sharing weapons due to having 39 characters for 15 gameplays. Each character can equip whatever weapon they want prior to battle, but only one gives access to uniques Charge Attacks. List of weapons and rare weapons will be on next link: Samurai Warriors 5 Weapons

Early information on Samurai Warriors 5 was revealed live on February 25 with Eiji Takemoto as the emcee and Hisashi Koinuma providing myriad details. Three of the game's voice actors appeared in the segment as guests. A second livestream was broadcasted with Ieyasu's new voice actor Ryōta Ōsaka joining Takemoto and Koinuma.

From March 2 to 21, the developers teamed up with Japan's Agency for Cultural Affairs in holding a special limited event to promote the game at the Osaka Museum of History. The event featured original goods and merchandise of the characters. Nobunaga Shimazaki appeared in the second-to-last day for a meet and greet with fans.

A tie-up promo with Central Japan Railway Company allows Samurai Warriors and Nobunaga's Ambition fans to participate in a mystery game where they must visit various locations and solve quizzes based on the area's history. The event ends on July 31 with the Nobunaga no Yabou Shinsei quizzes already starting since March 30 and the Samurai Warriors 5 quizzes beginning on April 26. More details can be found on the mystery game's site. Winners may receive minor goods for joining the event. 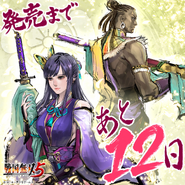 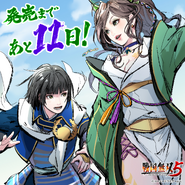 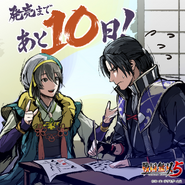 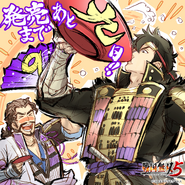 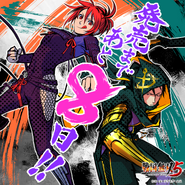 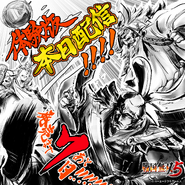 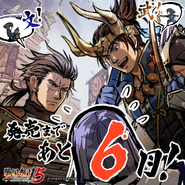 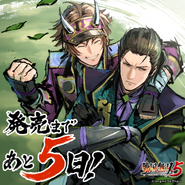 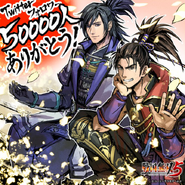 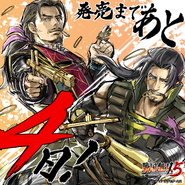 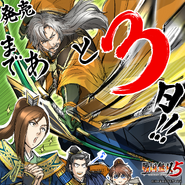 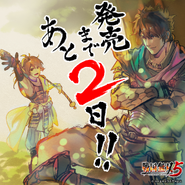 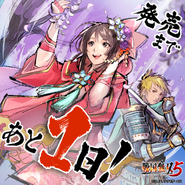 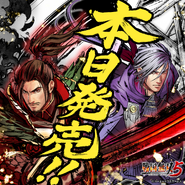 Game is out in Japan!