The Shimazu clan (島津氏), sometimes spelled as Shimadzu clan in romaji, is a family with origins dating as far back as the Kamakura period. The family name continues to exist in Japan today. There are several known branches spread throughout the main island but the most famous ones are the Shimazu in Kyushu. in Samurai Warriors, officers from this clan are usually seen in purple or white clothing.

One of the clan's stated origins is that they were offshoots of the Koremune clan, a clan with roots with the Chinese related Hata clan. The other explanation for their origin is that their ancestors were the Konoe family, a branch of the Fujiwara. Their particular ancestor became the governor of the manor, Shimazu no Ryo, and his child adopted the Shimazu family name. His son was assigned as a jitō by Minamoto no Yoritomo in Satsuma Province. This made him the governor of Satsuma, Ōsumi, and Hyūga Province and the protector of Echizen Province. As for why Yoritomo chose Tadahisa, the reasons are vague and still being studied to this day. The Shimazu records state that one of his relatives was one of Yoritomo's concubines and was obligated by family ties to promote him; this explanation is only accepted by modern historians as a possible theory. By the time the Shimazu came into power, the Ōtomo's family founder, Ōtomo Yoshinao, was also designated as one of Kyushu's protectors.

Serving under the shogunate for two hundred more years, they continued to protect the law in the Edo Period through the Meiji period. With each following clan leader being better than the last, there is a saying about them as, "There is no dark age for the Shimazu".

There are several possible meanings for the family's cross crest. The cross could represent two dragons intertwining in their flight towards the heavens. It could also be two simple chopsticks, which form an auspicious sign for the users and a curse to their enemies on the battlefront. Others argue that it was based on ancient meditating hand positions with the image being made to expel doubt and hesitation while on the field. It has also been said to have been a Christian inspired seal, but plenty of historical records state the cross was used before Christianity was introduced to Japan.

Nobuhisa is the executive director of the family's corporation, Shimazu Limited. He formerly had police authority in the Kagashima Prefecture. He continues to house tea ceremonies at his family's tea house using urasenke techniques and practices his family's form of kenjutsu, Kage no Ryu. He formerly attended a biwa players club.

Koei made up a woman known as Azusa for Nobunaga's Ambition Online. She is Yoshihisa and Yoshihiro's younger sister and Iehisa's older sister.

The Three Countries of Kyushu[]

The Three Countries of Kyushu (九州三国), also alternatively called the Three Kingdoms of Kyushu (九州三国志) by Koei and others, is a contemporary historical term to describe the three powerful daimyo families in the region during the Warring States period. Each one held considerable power and they constantly fought with one another for control of the continent. The family names and the well known leaders from each clan are:

Out of the three, the Ryūzōji name was the first to fall into decline after Takanobu's death in battle. As they struggled to recover, the Ōtomo used their vassals, the Tachibana family, to battle the Shimazu. While the Shimazu overpowered both families momentarily, their wars were halted when Hideyoshi suppressed Kyushu by having each family surrender to him. 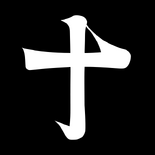 Shimazu's version of the cross 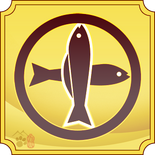