Taiko Risshiden (太閤立志伝, Taikō Risshiden; Translation: "Epic of the Grand Regent") is a historical simulation series first released by Koei in 1992. It is the fourth Rekoeition entry –part of a series of simulation titles which incorporate role-playing game elements. The namesake and theme is the glamorized image of Hideyoshi and his gradual climb to becoming Taiko, one of the most powerful men of his time.

Inindo: Way of the Ninja is the first entry of the Rekoeition series to be set in the Warring States period. While the first Taiko Risshiden shares many parallels with Inindo: Way of the Ninja, later games modify the system to distinguish itself. This series offers scenarios and events which are closer to history/popular folklore than its predecessor, adds characterization for historical figures, and adjusts character classes and character attributes.

Since Eiji Fukuzawa devised this series with the intent to "focus on the stepping stones to success", it tends to censor the harsher realities of the era except for punishing the player's actions or to reenact a famous historical event. Christian persecution and any sort of trip outside Japan such as the Korean Invasions have been omitted.

Each game has a different presentation, but they retain a set of key gameplay elements. The player's character starts at entry level for their career. To progress with the story, the player is expected to complete different tasks in order to build their protagonist's rank and prestige. As they are promoted the protagonist's available commands, residence and/or portrait may change to reflect their progress. Male protagonists can also choose their wife/concubine/mistress as they grow in ranks. Early titles tend to restrict the player character to Hideyoshi and start his story by calling him by his earliest name, Tokichiro Kinoshita. Succeeding titles include a secondary protagonist who can be unlocked after completing Hideyoshi's story. The fourth and fifth titles have different story paths based on the protagonist's career path.

Players can freely roam the castle, the city and other districts as they wish in order to improve their avatar's stats. They can train in a dojo, learn the tea ceremony and so on. Ninja villages are added in the last two entries. Story missions are given at set intervals for the protagonist to fulfill, and the player is free to juggle their time between building their protagonist and completing these missions. The first title is strict and unforgiving if the player fails to complete them within the time limit. Other titles are more open about judging the player character's actions and success. The in-game time follows a daily cycle based on their actions, and historical events trigger automatically based on their progress.

Excluding the first title, the player's character can serve under any clan or faction they should desire. They may do so by traveling to their location and by building friendly ties with them. Similar to the Ishin no Arashi series, each character has a different method for building their affinity. If positive relations are high, additional events and bonuses can be unlocked for the protagonist. The fifth title includes over 750 figures in the era. The main goal in most titles is to aim for complete unification under one clan; either the protagonist can serve the winning clan directly or arrange for it through diplomacy.

Uncharted Waters characters crossover into this series as foreign merchants. The fifth title's visuals and characters are reused the most in the Nobunaga's Ambition and Romance of the Three Kingdoms series. 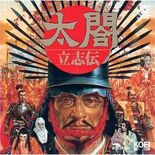 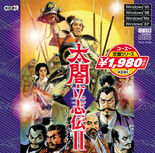 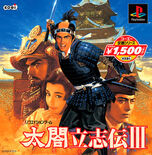