The Takeda clan (武田氏, Takeda-shi) was a famous clan of daimyō (feudal lords) in Japan's late Heian Period to Sengoku period. The Takeda were descendants of Emperor Seiwa (850-880) and are a branch of the Minamoto clan (Seiwa Genji), by Minamoto no Yoshimitsu (1056-1127), brother to the Chinjufu-shogun Minamoto no Yoshiie. They are usually represented by the color red in most of Koei's games.

In the 12th century, at the end of the Heian period, the Takeda family controlled Kai Province. Along with a number of other families, they aided their cousin Minamoto no Yoritomo against the Taira clan in the Genpei War. When Minamoto no Yoritomo was first defeated at Ishibashiyama, Takeda Nobuyoshi was applied for help and the Takeda sent an army of 20,000 men to support Yoritomo. Takeda Nobumitsu, helped the Hōjō during the Shōkyu War (1221) and in reward received the governorship of Aki province. Until the Sengoku period, the Takeda were shugo of Kai, Aki and Wakasa provinces.

In 1415, they helped to suppress the rebellion of Uesugi Zenshū; Ashikaga Mochiuji, Uesugi's lord, and the man the rebellion was organized against, made a reprisal against the Takeda, thus beginning the rivalry between the Uesugi and Takeda families, which would last roughly 150 years.

Their main crest, properly called the hishi, is very old and from an unknown origin. It is said to represent ceiling tiles from the Silk Road that were brought to Japan during ancient times. The gaps between each shape are caused by the water that was said to have run through them. Popularly used in Kai, it dates back to at least the Heian period as it can be seen in the full version of the Ban Dainagon Ekotoba. The said tiles are rumored to be kept in a private collection within the Shōsōin. Over time, its meaning has changed based on the interpretations of the one who used it.

This list includes the ancestral leaders before the family gained the Takeda name.

The Three Best Masters (三弾正) were vassals dubbed by Shingen to be the most capable in three military tactics. These traits are partially coordinated with his Fūrinkazan insignia.

The Four Guardian Kings of Takeda (武田四天王, Takeda Shitenou), also known as the Four Retainers of Takeda (武田の四名臣), were four generals valued by either Nobutora or Shingen. The first list of generals are for Nobutora.

Generals in this section were particularly valued by Shingen. They are also the four highly treasured amongst his Twenty-Four Generals.

Five Retainers of the Takeda[]

The Five Retainers of the Takeda (武田の五名臣) were five respected vassals who served Nobutora and Shingen. They were exceptionally brave and possessed superior military tactics.

The Six Wise Protectors (奥近習六人衆; literally: Wise Nearby Protectors of Six People) were six men allowed to personally defend and accompany Shingen at any time. The particular term used for the title, kinju (近習), is similar but different in nature than the other word for a personal attendant, or koshō (小姓). Koshō were like bodyguards in nature and were sent to do miscellaneous errands for their masters. Kinju had the same responsibilities but were closer to their master than a koshō, as they were able to offer advice and be a part of their lord's inner circle. Excluding Amari Masatada, all of them continued to serve Katsuyori.

Others possibly considered for the same title are Yamagata Masakage and Kōsaka Masanobu.

The Twenty-Four Generals of Takeda (武田二十四将) are a group of relatives and loyal vassals who are considered to be Shingen's most trusted retainers. Though Shingen did trust his life with these men, the organization did not exist during the Takeda's time and was fabricated during the Edo period by inspiring painters. Regardless, the rank was widely accepted and it became a popular concept to guess or replicate the organization of the group with other Takeda generals. Some illustrators even count Shingen himself amongst the twenty-four. The heroics of these twenty-four men is also a popular subject in Jōruri, or traditional Japanese puppet theatre.

The list below depicts the commonly accepted members for the rank.

* Often replaced with Katsuyori instead.

A popular subject with Shingen is his supposed reliance on his intelligence gathering kunoichi. His greatest ally for creating this network was a woman named Mochizuki Chiyome (望月 千代女, also called Chiyojo due to ambiguity regarding her first name). Chiyome was the daughter to one of the fifty-three clans of Koga, the Mochizuki family. However, her family was wiped out after the fourth battle of Kawanakajima. Shingen appointed her as the head priestess of a shrine, which doubled as a dojo for future kunoichi. She is said to have taught 200~300 women her family's version of Koga ninjutsu. Her students were able to disguise themselves as traveling priestesses and secretly gathered information for Shingen.

Due to the sketchy details regarding Chiyome's life, many historians doubt whether or not she existed as she could have been another fabricated tale from the Edo Period. 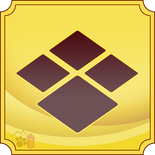