In Samurai Warriors, he fights with his father to overthrow or defend against the Oda at Inabayama Castle.

In the sequel, he makes a brief appearance as one of the Kansai warlords who reinforce the Anti-Oda coalition in Mt. Usa. If Katsuie reaches him, he will defect along with the other warlords.

In Samurai Warriors 2: Empires, he is one of the rival warlords of Mino who the player can control to conquer the land. His officers include Toshimitsu Saitō and the Mino Three.

He is Hanbei's first master in Samurai Warriors 3. Tatsuoki, who is more interested in drinking and playing with ladies, is surprised and irritated when Hanbei informs him of the approaching Oda army.

In Samurai Warriors 4, he is less cowardly than his previous counterpart and personally leads his troops to Kyoto to overthrow Nobunaga's march. Relying on Hanbei's strategies, however, he flees once his army is routed and has a special conversation with Nō about her father. He also appears with his men as part of the Azai-lead coalition at Noda-Fukushima although his fate is unknown after the battle, so presumably he dies while fighting the Oda army.

During the Warriors Orochi series, he serves as a willing general in Orochi's army and is one of the few who stay loyal to him.

Tatsuoki appears as a recurring villain in Kessen III. He is the ruler of Mino and Gifu Castle and a cruel man. Often conspiring to topple Nobunaga, he is furious that his aunt ignores his demands to betray her husband. After he loses to Nobunaga at Sunomata or Kiso River and Inabayama, he joins the Shogunate Force and later the Asakura Clan. He becomes notorious for gunning down Yoshinari Mori while he was duelling with Nagamasa Azai much to the horror of the former's son. If the player chooses to fight the Asakura when Echizen is invaded, then Tatsuoki is shot and killed by an arrow from the Oda forces in a cutscene. If the player does not fight the Asakura, then they are informed that he and Yoshikage were killed in an uprising. 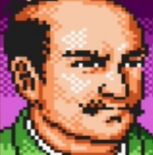 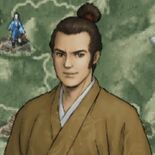