Teruzumi Akashi, also known under his Christian name Johan-Just (ジョアン・ジュスト), is commonly identified as Hideie Ukita's strategist. Known only to be devoted to his faith, he disappeared from history during the climatic siege of Osaka Castle.

The Samurai Warriors series has him appear within his historically known battles. During the series's second entry, he is highlighted at Kuzegawa by volunteering to cut off the Eastern army's escape route. The player may choose to assist him during the Western army version of the stage by defeating Kojirō and Yoshimasa Tanaka. During the fourth title's unification scenario, he is one of the four key defenders of Osaka Castle. They act as a living barricade during the early movements of the battle and later reappear after Yukimura's charge to fight for Hideyori's defense.

Spirit of Sanada has him become a prominent character at the end of Osaka Castle, where he assists Yukimura during both the Winter and Summer Siege. In the latter, he is ordered to escort Chacha back to Osaka Castle as he leaves to attack Ieyasu's camp. Unlike most of his allies, Teruzumi is able to survive the conflict. During the epilogue, he will greet Nobuyuki regarding his late brother at Ōsaka.

In Kessen, he is featured as one of the few consistent and reliable generals for the Toyotomi forces throughout the game. Akashi mainly uses European forces for his armies and performs invigorating dances with his men/women fighters prior to fighting within the Japanese edition of the game. Teruzumi appears as a minor general within the Ashikaga forces in Kessen III.

Akashi is one of Ukita's faithful generals in Saihai no Yukue. Concerned for his lord's initial stalling and hesitation, Akashi is the one who reports their situation to Mitsunari. He loyally follows the orders of both commanders during the battle. After Yoshitsugu's death, Ukita's unit loses their footing in the front line. As they are surrounded by soldiers of the Eastern army, Akashi sacrifices himself as a human shield to ensure Ukita's safe retreat. Heavily surrounded with no one left to assist him, he perishes in battle.

He was a samurai of Azuchi-Momoyama through early Tokugawa shogunate. Originally he served Ukita Naoie, the daimyō of Bizen Province also known by his court title Kamon-no-Kami (掃部頭). Later he served Ukita Hideie and fought against Fukushima Masanori in Sekigahara. After the Ukita clan had been destroyed, he decided joint Toyotomi during Osaka Campaign. After the castle's fall, he escaped again. He never committed suicide because of his Christian beliefs. Despite being hunted by the forces of Tokugawa, he was not caught but his whereabouts after the battle are unknown. Possibly died in 1618 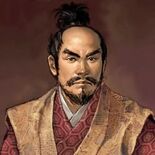 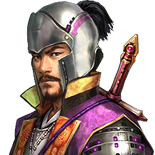 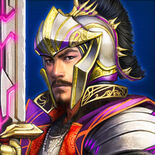 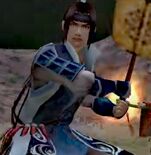 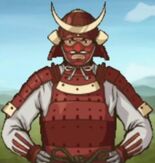 Saihai​ no​ Yukue​ portrait
Add a photo to this gallery
Retrieved from "https://koei.fandom.com/wiki/Teruzumi_Akashi?oldid=445155"
Community content is available under CC-BY-SA unless otherwise noted.