Tomomori Taira was a warlord of the Taira and helping Shigehira in the battle against Minamoto. Most of them portrayed that he is a very skilled warrior and a dangerous rival.

He was shown that is a highly popular person and expressed concern about the traditions that were too serious and flexibility. He is the person who likes to fight the most and looks like he may be the only one who is the most skilled fighter among the Taira clan members. He is regarded as another person interested to Nozomi's swordsmanship skills and determination.

In the game often portrayed about him as a serious warrior about the victory in the battlefield.

He is a 4th son of Taira Kiyomori and was a brethren with Munemori and Shigehira. In 1180, he and Shigehira gain victory at Uji and overcome Minamoto Yukiie at the Yahagi River but Tomomori has fell ill during the pursuit the enemy. Although he gain victory over the Minamoto army at Mizushima in 1183 but he was died during the naval battle at Dan-no-ura. In the modern age, Tomomori has become a popular subject for kabuki plays. 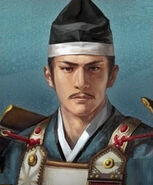 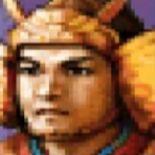