Toon Zelda (トゥーンゼルダ) is a character first introduced in The Wind Waker. This iteration of Princess Zelda is based on her role from Spirit Tracks.

A descendant of Tetra, Toon Zelda is the leading monarch of New Hyrule. After her body was taken to be used in a demon-summoning ritual, she accompanied the Link of her era in spirit form to help save the kingdom.

While most incarnations of Princess Zelda are calm, poised, and regal, this Zelda lacks all three of those traits. Known for her feisty attitude, she is exuberant yet temperamental. Although she tends to make light of any dire situation, her fear of rats keeps her grounded and serves as a source of unintentional humor.

Toon Zelda's C1 can be used directly after every one of Toon Zelda's other attacks sans her C5. Because of this shes very effective at juggling airborn enemies that are launched with her C2 and C3.

X: Turns into an iron ball and rolls forward for a few seconds damaging enemies. The attack ends with her transformation back into a Phantom that sends enemies flying. Juggles airborne enemies.
Y, X: Swings sword up with both hands, knocking enemies into the air. Sword then arch's over her body, then slams into the ground behind her.
Y, Y, X: Spins both arms around while running forward, slamming her sword and shield into enemies as she does. Ends the attack with a heavy jumping stomp, damaging enemies and knocking them back.
Y, Y, Y, X: Performs a quick right handed uppercut, a fast left hook, followed by a powerful right-handed straight punch enveloped in magic.
Y, Y, Y, Y, X: Zelda's spirit leaves her phantom, making both immune to damage as a holy glyph forms in front of the stationary phantom. Toon Zelda Praying as she flies through the air, and then coming to float in front of the phantom the glyph bursts in an explosion of light.
Y, Y, Y, Y, Y, Y: Performs a series of powerful sword slashes, the last few strikes being imbued with magic. Her final strike has her slam her sword into the ground sending out 3 shock-waves that travel along the ground.

A: Zelda's spirit exits her phantom, and then creates a burst of holy energy to send enemies flying off in all directions.

Focus Spirit + A: Zeldas Phantom morphs into a steel ball, then teleports into the air and then slams down into the ground where she was previously standing.
Focus Spirit Finisher: Two giant rats begin circling around Zelda, causing her to quiver nervously. She lets out a panicked scream that creates a holy shockwave, causing the rats and all near by enemies to be sent flying.

Toon Zelda is a powerful character, with high attack strength, and decent attack speed, she has the potential to being one of the strongest characters in the game. Her attacks hit hard, many of her charge attacks can break through enemy guard, and being able to chain her C1 with many of her other charge attacks enables her to keep her attacks going as she can pick up her standard attack string quickly after ending her C1.

Toon Zeldas ability to turn into a steel orb is in reference to the Wrecker Phantoms, while being able to teleport references the Warp Phantoms. 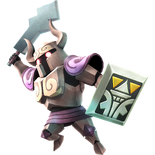 Toon Zelda's Phantom
Add a photo to this gallery 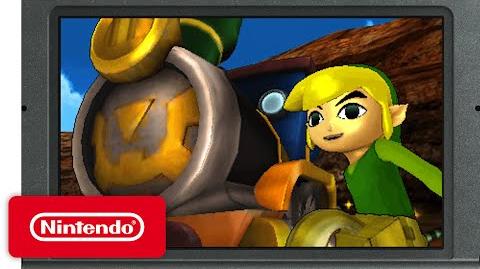 Retrieved from "https://koei.fandom.com/wiki/Toon_Zelda?oldid=425008"
Community content is available under CC-BY-SA unless otherwise noted.