View source
watch 01:54
Arcane: League of Legends - The Loop
Do you like this video?
Play Sound

Wei (魏), also known as Cao Wei (曹魏), is one of the three influential kingdoms in the Dynasty Warriors, Romance of the Three Kingdoms, Dynasty Tactics series, and Kessen II. In Dynasty Warriors and Romance of the Three Kingdoms, the country is symbolized by the color blue and a Chinese phoenix. In Kessen II, their army is symbolized by the color red.

The Kingdom of Wei was created by Cao Cao. He was given the title Duke of Wei in 213 AD. His power continued to grow until, in 216 AD, Cao Cao was crowned King of Wei. In 220 AD Cao Cao passed away and left his holding to his son Cao Pi, who, in turn, disposed of the young Han Emperor and created the Wei Dynasty. Over the years the Sima family slowly gained more and more control of the Wei Dynasty. Sima Yan, the grandson of Sima Yi, took over and created the Jin Dynasty.

The Five Generals of Wei (五将軍) were five generals who had many military exploits and were known as heroes to their kingdom. They include:

In the Romance of the Three Kingdoms, these generals were featured as Wei's version (and possible inspiration) of the Five Tiger Generals. While the rank itself is disputed, the five generals were singularly featured in the historical record, the Book of Wei. Based on this source, other candidates for the same title would also include Xiahou Yuan and Cao Ren. The Record of Three Kingdoms also recognizes these five generals.

The Eight Tiger Riders (八虎騎) were eight praised horse riders who were related to Cao Cao. While they were cavalry captains and valiant warriors, the rank itself is disputed.

Cao Ren was mentioned to have been a great captain in the Record of the Three Kingdoms and his remaining relatives within the Cao family were given the same recognition during Cao Cao's campaigns. Based on these historical notes, the Xiahou relatives are the ones that remain in question for the "rank".

The Eight Tiger Generals (八虎上将) were eight praised generals who served Cao Cao valiantly. It is given a mention in Romance of the Three Kingdoms.

The Nine Courageous Advisors (骨干谋士九人) were nine prized intellectuals who helped fortify Cao Cao's conquests with their wits. It's debated whether the title was actually real and used during their lifetime.

The Thirty-Six Important Advisors (重要谋士三十六人) were intellectuals who were known to assist Cao Cao. Their efforts were considered to be irreplaceable to his rise to power. The complete list isn't known, the last person being unnamed and debated. 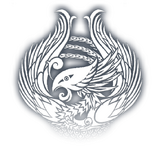