Wu (呉), also known as Sun Wu (孫呉) or Eastern Wu (東呉), is one of the three influential kingdoms in Dynasty Warriors, Romance of the Three Kingdoms, Dynasty Tactics, and Kessen II. In Dynasty Warriors and their other appearances, the country is symbolized by the color red as well as a tiger (especially with the Sun family's motif). In Kessen II and early Romance of the Three Kingdoms titles, they are symbolized by the color blue.

Also in Dynasty Warriors, the kingdom was notable for amount of having the most amount of playable characters out of any faction as of the third installment; a tradition that was subverted as of the seventh installment and instead, is now upheld by Shu.

The kingdom's territory was originally ruled by different governors in the south. They were conquered by the smaller Sun family. Thanks to the influence of the Four Families of Wu, the Sun family was able to establish their rule through long lines of the initial power that consisted of family service and veteran talent.

However, in the later years near the supposed climax of the Three Kingdoms period around the year of 260, Sun Quan was known for continuously making unreasonable decisions out of supposed insanity (which may have been thought to be sorrow from many of his family members both young and old that have died on him throughout) which involved failing to heed the advice of his trusted advisors (especially one such as Lu Xun, who tried many times to sway his opinion for the better of their kingdom). This in turn lead to the rising tyranny of Sun Hao's rule, and the misdeeds several other figures such as Sun Luban and Sun Chen that piled up from the shadows. It eventually built up to many other figures being slandered to death, which caused the kingdom to descend into lasting internal chaos from which it never fully recovered from.

The Magnificent Five are five integral generals that Sun Jian noted were his most skilled followers. They were reputed for their thorough knowledge of battle as well as their martial prowess. The four subordinates are given their own unique weapon in the Romance of the Three Kingdoms novel.

The Five Wu Elders or Five Veterans of Wu (吳大老) refers to a group of long-standing and highly respected generals who served Wu faithfully.

The Four Families of Wu (呉郡の四姓) are prestigious and rich families in Wu. They were held in high regard before the Sun family came to rule and their support greatly sustained the kingdom. In the Shishuo Xinyu, each family is additionally characterized with a particular trait. The families, their characteristic, and a few of their successful members are as follows:

The Two Zhangs are two advisers recommended to Sun Ce by Zhou Yu on the former's journey to conquer Wu. After much persuasion from Sun Ce himself, the two joined him. It is a common belief that the two are brothers, however, this is not mentioned in historical sources nor explicitly mentioned in the Romance of the Three Kingdoms novel. 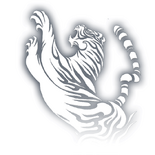