The Battle of Xiakou (夏口の戦い, rōmaji: Kakō no Tatakai) features a merging of Sun Quan's attacks against Huang Zu along the Chang Jiang in Jing Province. Gan Ning kills Ling Cao, the father of Ling Tong, starting a rivalry between the two once the former joins Wu after the battle.

In Dynasty Warriors 5, players can select either Sun Quan's forces or Huang Zu's forces. With Sun Quan, your main objective is to stop Huang Zu's fleet and then defeat him. This can be achieved by going straight for Cai Mao and Gan Ning. Even if players go with Ling Cao, it is impossible to prevent his death and Ling Tong's subsequent reckless charge. Afterwards, traverse north to Huang Zu. Taking out all Huang Zu's officers outside the fortress should lower his morale, doing so will make him more vulnerable. If players select either Sun Ce or Da Qiao for this stage, then the former will take Sun Quan's place as commander of the Wu Army.

With Huang Zu's forces, players are to tasked protected the fleet and defeat all the generals and sub-generals. Zhou Yu isn't part of them so you won't need to go for him. But leaving Zhou Yu could mean that he meets with Cai Mao's fleet and defends when they land at the camp. After they land, Sun Quan will be no trouble.

In Dynasty Warriors Vol. 2, Sun Ce's forces will be isolated from the rest of the Wu forces. Foreseeing a potential naval assault from Cai Mao and Zhang Yun, Zhou Yu splits the forces and tasks the player with taking out Huang Zu's navy. Defeating Huang Zu will finish the stage.

Xiakou returns in Dynasty Warriors 9 as a part of Wu's story. The battle first begins with Gan Ning ambushing Sun Quan's party. Impressed by his companionship with his men, Sun Quan asks the enemy officer to join them instead, but Gan Ning replies that he's willing to think about the offer if he is beaten again. After he withdraws, Ling Cao will be slain by Gan Ning and the main battle begins.

Aside from the main quest of defeating Huang Zu, there are a maximum of five other sub-quests that can be completed: Su Fei, who is leading the vanguard, will be engaged against Cheng Pu's men near the allied main camp and must be defeated. Sun Shangxiang will be busy protecting a village that has sided with the Wu forces. Gan Ning will be stuck fighting Lu Meng. If he is defeated, he will surrender and take the Wu forces through a side path to ambush Huang Zu. Huang Zu, however, will reinforce the mountain path with catapults, and it is up to Gan Ning and Lu Meng to breakthrough the blockade. Finally, Ling Tong will be dealing with Huang Zu's navy as well as the archers aboard the ships.

In the main quest, if Huang Zu's navy is defeated, he will not be able to bring reinforcements to aid him. Nonetheless, he will activate siege weapons to help defend Xiakou. After he is defeated, Zhou Yu now asks everyone to turn their attention to Cao Cao, who is now invading south.

In Xu Shu's DLC scenario, Liu Bei's forces will arrive to assist Huang Zu. The primary quests involve relieving the siege around Xiakou, which are led by Taishi Ci and Huang Gai. Following that, Su Fei and Gan Ning must be rescued from the forces of Sun Shangxiang and Lu Meng respectively. After defeating Sun Quan, Xu Shu and Zhuge Liang offer an alliance between both of them in the impending battle against Cao Cao.

During the first half of Wei's storyline, Cao Pi and Mitsunari are given the task of preventing Sun Ce's escape from Xia Kou. The battle begins with players positioned in the south with enemy troops including Naomasa Ii and Cheng Pu impeding their path. Sun Quan, and eventually Da Ji, act as third-party allies for this stage. As players make their way to the northern fortress, they must defeat Ranmaru inside before proceeding to the ports where Sun Ce and Zhou Yu are. 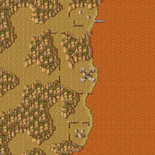