Xiang Yu (項羽, onyomi: Kō U) is a prominent military leader and political figure from the late Qin Dynasty period of Chinese history. He was the Hegemon-King of Western Chu who was best known for his long power struggle with Liu Bang, the founder of the Han Dynasty. He is Beauty Yu's lover.

Dynasty Warriors Vol. 2 includes Xiang Yu as a hidden generic officer who uses Lu Bu's moveset, and has above average stats. He can be recruited by swiftly losing to the player in his Treasure Trove location during the Han Forces' side of the Yellow Turban Rebellion. As an officer, Xiang Yu will increase the player's attack and defense. His skills allow guards to join the player's unit, Boost, which will temporarily double allied officers' attack when activated and Fill Musou, which automatically fills the player's Musou gauge.

In his playable appearance, he is one of the beings resurrected by Shi Huangdi and the unique boss of the Supremacy King chapter, a secondary story route in the game. On the behest of his dark leader, Xiang Yu wrecks havoc on Wei's territories, leaving the land in a sea of flames. At this rate, the hard fought harmony that was won in the first title would be jeopardized. Uniting their kingdoms for the same goal, Cao Cao forms an alliance with Sun Jian and invites Shu into Xu Chang for aid. Xiang Yu plans to confront the Three Kingdoms simultaneously.

His might and Shi Huangdi's beasts overwhelm the warriors' first impressions, thus leading to their first defeat against him. Xiang Yu, who retains his memories of his former life, then desires to create his own kingdom with the land he has conquered without Shi Huangdi's assistance. His defiance against Shi Huangdi is relatively ignored, as the aged emperor chooses to watch with bemused interest.

Cao Cao rebounds from the loss of his countrymen and coordinates the allied forces to again strike against Xiang Yu, eventually leading to his defeat. Xiang Yu apologizes to Beauty Yu for failing to create their kingdom but is content to have her within his arms. The couple then return to the afterlife together, Shi Huangdi's powers being stripped from them as they perish.

He is called by his given name, Xiang Ji, in the Romance of the Three Kingdoms series. The player can unlock him after finishing select scenarios within select titles. In the currently discontinued MMORPG, players could defeat a dungeon and witness Xiang Yu pledging his love to Yuji from afar.

As one of the title namesakes of the Japanese version of the title, Xiang Yu is one of the star characters in the game. Players can choose to either follow his campaigns or fight against him as Liu Bang.

Overwhelming with military power and wit, Xiang Yu wants to revive the state of Chu and someday topple Shi Huangdi. If he cannot obtain either of his goals, he is willing to take his own life. Placed under a spell that prevents him from completing his own desires, his spirit becomes Shi Huangdi's unwilling puppet. He is protective of his lover, who he affectionately calls "Yu". If possible, he would want to forbid her from fighting and is upset upon learning that she asked Shi Huangdi's assistance for power. He dedicates his every action to her well being and safety.

Although his time in the mortal realm is brief, he held a rivalry with Lu Bu for the mantle of the strongest.

Xiang Yu uses twin daos as his main weapon in the game. 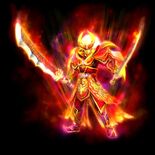 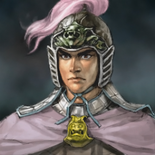 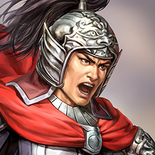 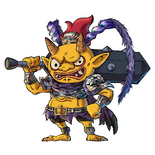 Rise of The Phoenix portrait

Kō U-nyan in Nobunyaga no Yabou Nyapuri
Add a photo to this gallery
Retrieved from "https://koei.fandom.com/wiki/Xiang_Yu?oldid=445036"
Community content is available under CC-BY-SA unless otherwise noted.