In Dynasty Warriors 7, Xin Chang joins Cao Shuang at Luoyang. He tries to stall for time after his lord begins retreating. The eighth title has him guard Luoyang's throne room during Cao Shuang's absence. He will only mobilize once all the strategic points of the city have been taken.

His only defining stats in the Romance of the Three Kingdoms series are his charisma and politics; the rest of his stats are substandard. He is omitted from the twelfth title in favor of his sister.

Xin Chang was born in Yingchuan Commandery, Yang Zhai (modern day Yuzhou, Henan). He was one of Luoyang's defenders during Cao Shuang's absence. When Sima Yi's attack commenced near the tombs, Xin Chang held himself within Luoyang. Xin Chang was overwhelmed with worry once he received news that Cao Shuang was on the run from Sima Yi's forces. Both he and Lu Zhi, another of Cao Shuang's followers, paled and asked Xin Xianying for advice. She reasoned, "If Sima Yi's rebellion succeeds, Cao Shuang and his immediate company will conceivably perish. Since you are one of his retainers, you are bound by obligation to aid him if you are in the same vicinity as him. Leave the castle and go to your lord's side." Heeding his sister's wisdom, he and Lu Zhi left the castle at once.

During the execution process for Cao Shuang and his followers, Xin Chang was excused. He was deemed to have been merely following his honorable duty to his master. In his relief, Xin Chang blurted out, "If I had not spoken to my sister about this, I would have made a grave error indeed." He was later assigned to be the Governor of Henan and a minister.

Romance of the Three Kingdoms has him appear in chapter 107. His novel counterpart was presented as a courageous Military Advisor who never doubted his duty to protect Cao Shuang. After listening to his sister's advice, he and Lu Zhi reunited with Cao Shuang with twenty horsemen and reported Luoyang's situation. Jiang Ji pushed for executing the duo for their service to Cao Shuang; Sima Yi praised their actions as virtuous and spared them. 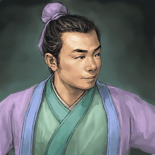 Romance of the Three Kingdoms XIII~XIV portrait
Add a photo to this gallery
Retrieved from "https://koei.fandom.com/wiki/Xin_Chang?oldid=463684"
Community content is available under CC-BY-SA unless otherwise noted.