Yan Yu (onyomi: Gen Yo) is the younger brother of Yan Baihu. He serves as a peace envoy when Sun Ce invades his brother's lands. He suggests dividing Jiangdong between them at the negotiation table, but is killed by Sun Ce.

In Dynasty Warriors 6 at the Conquest of Wu, Yan Yu guards the northern entrance of Mo Ling Castle. He will immediately come to its aid should the garrison be ambushed by enemy forces from above.

He first appears during Yan Baihu's defense of Wujun against Sun Ce in chapter 15 of the novel. Leading his army, Yan Yu prepared to meet the invaders from across a bridge. Eagerly, Sun Ce accepted the challenge but was admonished by the adviser Zhang Hong, and thus sent Han Dang to fight. Two enemy generals, Jiang Qin and Chen Wu, had snuck below the bridge while Han Dang made his way there, and once they made onto shore Yan Yu was driven to the city.

Sun Ce proceeded to besiege Wujun with his newfound ally Taishi Ci displayed his prowess at archery, pinning a man's hand to the high city wall with an arrow. Amazed, the next day Yan Baihu sent his brother to fix the surrender. Yan Yu was invited to Sun Ce's tent, and after drinking much, was asked what Yan Baihu's intent was. The response was that he wished to share the rule of the Southland with Sun Ce, angering the conqueror who then proceeded in shouting, ordering the envoy's execution, "That skulking rat dare rate himself my equal?"

Though he made a move to draw his sword, Sun Ce quickly dispatched him and severed his head. 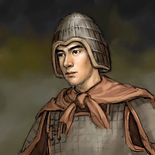 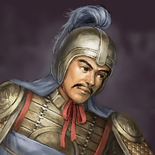 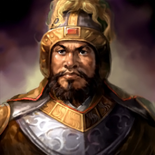 Romance of the Three Kingdoms: The Legend of Cao Cao portrait
Add a photo to this gallery
Retrieved from "https://koei.fandom.com/wiki/Yan_Yu?oldid=411022"
Community content is available under CC-BY-SA unless otherwise noted.