Yang Fu (onyomi: Yō Fu) is a strategist of Wei. He was hired by Wei Kang and served at Ji Castle, where he fought Ma Chao and was severely wounded. Later, he tried to reprimand Cao Rui for his extravagance, to no avail.

In Dynasty Warriors 7, he appears at Tong Gate on Ma Chao's side and attacks one of Cao Cao's bases. He also appears in the Ji Castle DLC stage. If playing on Wei's side, he is trapped at Mt. Qi and has to be rescued. In Xtreme Legends, he follows the player around in Wang Yi's Hero scenario.

Dynasty Warriors 8 has him appear at Tong Gate on Ma Chao's side again, where he defends the base that has to be conquered in order to set up the stockades.

In Warriors Orochi 3, he acts as Wang Yi's replacement officer.

In Romance of the Three Kingdoms, Yang Fu is a decent domestic officer with high intelligence. He can be found in Tianshui and serves Wei later on.

Yang Fu was a native of Jicheng in Liang Province and served as a local official in his youth. He rose to great fame in the area when he correctly predicted that Yuan Shao would be defeated at Guandu by Cao Cao. This caused the Inspector of Liang Province Wei Kang to hire him as his assistant. After Cao Cao defeated Ma Chao and his coalition at Tong Pass, Yang Fu urged him to stay in the area and keep pursuing Ma Chao, comparing the latter to Ying Bu and Han Xin. Cao Cao applauded Yang Fu for this, but he was unable to comply as he had to deal with Sun Quan at Ruxukou. When Cao Cao left, Ma Chao returned and conquered numerous commanderies in Liang Province. Yang Fu held out with his master Wei Kang in Jicheng and defended the city together with his cousin Yang Yue and 1,000 men. The city eventually fell when Wei Kang surrendered and Yang Fu was forced to serve Ma Chao.

Yang Fu plotted a rebellion and asked Ma Chao to be allowed to leave in order to bury his deceased wife. After leaving Jicheng, he contacted many of Wei Kang's former subordinates such as Jiang Xu, Zhao Ang and Yin Feng and asked them to join him. In September 213, Yang Fu and the others rose in rebellion at Lucheng. Ma Chao went to defeat them, causing numerous former officers of Wei Kang to rebel in Jicheng as well and killing Ma Chao's entire family, hanging their corpses from the city gate. Ma Chao was filled with rage and took an alternate route to attack Lucheng and took the defenders by surprise. Many family members of Yang Fu and the other officers were murdered during the conflict and Yang Fu himself was wounded while fighting Ma Chao at five places on his body. With the help of Xiahou Yuan, they were able to drive Ma Chao out of Liang.

In 230, Cao Zhen's invasion of Shu was thwarted by heavy rainfall and Yang Fu was among those who advised Cao Rui to recall him. In the following years, he reprimanded Cao Rui often for his building of extravagant palaces and collection of women, but Cao Rui ignored him. Yang Fu then asked to resign from office, but his wish was not granted. Instead, Cao Rui began to applaud Yang Fu for his suggestions, but only seldom acted on it. Yang Fu died in 235 and was succeeded by his grandson Yang Bao.

Yang Fu first appears in chapter 59 of the novel, where he was given command over Liang Province together with Wei Kang after their victory against Ma Chao. In chapter 64, he urged Wei Kang to keep up the defense against Ma Chao at Ji Castle, but Wei Kang ignored him and surrendered, getting killed in the process. When Ma Chao learned that Yang Fu was responsible for the delay, he praised and employed him. On the pretense of wanting to bury his dead wife, he met with his cousin Jiang Xu and persuaded him to take up arms against Ma Chao. They later fought Ma Chao and Yang Fu personally dueled him with his brothers, but they were killed and Yang Fu wounded. Despite his wounds, he continued to fight until he collapsed, but he was rescued by Xiahou Yuan and sent to Xuchang. There, he met Cao Cao, who wanted to grant him the title of Lordship, but Yang Fu refused, saying that he failed his duty and deserved only death. Cao Cao praised him even more and insisted on granting him the lordship. In chapter 99, he was among those who petition to Cao Rui to order the withdrawal of Cao Zhen and Sima Yi and in chapter 105, he reprimanded Cao Rui in a memorial for his extravagant palaces. 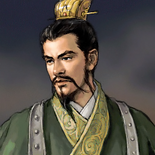 Romance of the Three Kingdoms: The Legend of Cao Cao portrait
Add a photo to this gallery
Retrieved from "https://koei.fandom.com/wiki/Yang_Fu?oldid=430964"
Community content is available under CC-BY-SA unless otherwise noted.