Yasuke is the given name of a foreign page who once served Nobunaga until the latter's death. His exotic appearance was said to have caused a huge stir among the Japanese wherever he went.

He is a minor Oda vassal who originally appeared in earlier titles of the Nobunaga's Ambition series before returning in Sphere of Influence as a downloadable character. His redeeming traits are his high bravery and loyalty stats.

Yasuke is introduced by Nobunaga to Ieyasu as they finalize their plans against the Takeda. Yasuke would act as Nobunaga's new right-hand man due to his falling out with Mitsuhide as Nobunaga explained to his foreign follower of the land's chaos. Yasuke would continue to follow Nobunaga in his final campaign against Katsuyori Takeda at Mt. Tenmoku, where Katsuyori is killed thanks to his retainers switching sides. When Yasuke asks if they would come closer to ending the chaos by dealing with the Mōri, Nobunaga responds that true peace would return if he was the one to be slain.

To his lord's expectations, Yasuke would report to his lord of Mitsuhide Akechi's betrayal at Honnōji and would protect him throughout the revolt. Ultimately, Nobunaga chooses to fall within the flames to allow Mitsuhide's vision to take fruit.

In Nobunaga's ending, Yasuke would survive the conflict and becomes a rōnin, carrying Samonji with him as he bids farewell to his late lord. In Mitsuhide's ending, Yasuke instead presents Samonji to the rebellion's leader as per Nobunaga's final instructions. Because he isn't present at Yamazaki, it is not known what happens to him afterwards.

Yasuke (known in-game as the Obsidian Samurai) arrived in Japan as a slave years prior to the events in Nioh when Nobunaga found him and took him as a vassal. Grateful to Nobunaga, Yasuke despaired that he could not save his lord at Honnoji. He managed to abscond with Nobunaga's body before disappearing until the events of the game. At some point Yasuke was approached by Edward Kelley who told him of his plans to resurrect Nobunaga. Believing Nobunaga to be the only man capable of uniting the chaotic land, Yasuke stops William from interrupting Kelley's resurrection ritual.

Once Yasuke is defeated he admits that he is unsure if Nobunaga would want to be revived to fulfill his unfinished ambitions. Yasuke compliments William for becoming an accomplished samurai before he dies, granting him his Atlas bear Guardian Spirit.

He is fought as a boss in the Sawayama stage. His Guardian Spirit is the Atlas bear, which is of the Lightning element. His armor set is the Obsidian Set which grants the Samurai from the Dark Lands set bonus and his unique weapons are the Hoshi-Kiri Tachi (a katana) and Gozutenno's Axe. He can also be fought in the side mission Return of the Gourd alongside Nobunaga.

"I... I have met men who have fought, struggled, and died to create a world without war, where people and spirits can co-exist in harmony. I fight for them."
"Lord Nobunaga told me that he would make me a true samurai some day, but he died before it could happen. It seems you have achieved it on your own."

A native of Africa, Yasuke was initially a servant of Italian Jesuit Alessandro Valignano who had been appointed as Visitor of Missions in the Indies. Not much is written about his background, but several historical documents claim he originated from Mozambique or the Congo. Both the Shinchō kōki and one of Ietada Matsudaira's journal entries describe him as a tall vigorous man in his late twenties with deep dark skin; the latter source specifically records his height as 188 cm (6'2").

In 1579, he accompanied his master to the capital of Japan where his presence drew much attention from the public. It was said that several people crushed themselves to death while struggling to take a good look at him. When Nobunaga heard of this, he immediately requested to see the man for himself. Unwilling to believe his dark skin was natural, the warlord ordered his men to scrub the man's body until it shined, proving him wrong.

From that point on, Nobunaga's fascination towards the servant only grew as they interacted with one another. Yasuke's physical strength and limited understanding of the Japanese language impressed Nobunaga so much that he wanted to make him an honorary samurai, though others believed the warlord's favor would have made him a daimyō instead. Valignano consented to this arrangement and left his page to the Oda clan. According to an early version of the Shinchō kōki, Yasuke was given his own sword, a home, and even became Nobunaga's personal spear bearer.

When his lord was killed by Mitsuhide's forces at Honnōji, Yasuke went to Nobutada's side and tried to escort him to Nijō Castle. Unfortunately, their party had been ambushed by Akechi troops halfway throughout the journey. Although Yasuke fought bravely to protect Nobutada, he was eventually captured and forced to surrender his sword to the enemy. In response to this, his captors were ordered to send him back to Nanbanji Temple at Kyoto where the Jesuits resided. It is widely believed that Mitsuhide spared him because he did not acknowledge the servant as a proper samurai, though other sources allege that he did so out of admiration for his courage. Either way, Yasuke was never heard from again. A recent investigation done by the TV series Hitachi Sekai Fushigi Hakken suggests that he was originally a Makua called Yasufe who went back to his homeland and introduced kimonos to the locals. 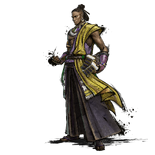 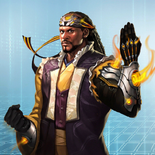 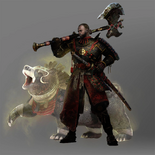