Yin Shang (onyomi: In Shō) is a vassal to Ma Zun. A prefect of Tianshui, he joined his lord in his escape to Hu and later joins Shu when Jiang Wei surrenders.

In Dynasty Warriors 4, Yi Shang's only appearance is at Tian Shui. He stands guard with Liang Xu ready to protect Ma Zun from anyone heading towards castle. Once Jiang Wei is convinced by Zhuge Liang to join him as his pupil, he sends an agent to get Yi Shang and Liang Xu to betray Ma Zun.

Yin Shang is mentioned in Jiang Wei's scroll in Records of the Three Kingdoms. He served under Tianshui's prefect Ma Zun as Master of Records when the Shu army under Zhuge Liang attacked the commandery. Yin Shang joined Ma Zun's defense together with Jiang Wei, Liang Xu and Liang Qian, but Ma Zun suspected them to secretly collaborating with Shu and fled. Numerous counties surrendered to Shu and when Jiang Wei and the others returned to their base, they were not allowed to enter and forced to surrender to Shu themselves. After the defeat at Jieting, Yin Shang was appointed Mayor of the Capital and continued to serve Shu.

In the novel, Yin Shang urged Ma Zun together with Liang Xu to rescue the besieged Xiahou Mao in Nan'an. Later, he was left with Liang Xu to defend Tianshui while Ma Zun went out to meet Zhuge Liang in battle, but he was defeated. Jiang Wei then proposed an ambush on Zhuge Liang and Yin Shang joined Ma Zun and Liang Qian to prepare it. The ambush was successful and they forced Zhuge Liang to retreat. Finally, after Jiang Wei surrendered, Xiahou Mao suggested that Ma Zun should execute Yin Shang and Liang Xu since they were friends of Jiang Wei. Yin Shang overheard the conversation and he and Liang Xu opened the gates of Tianshui, surrendering to Zhuge Liang. Yin Shang was then made Magistrate of Jicheng. 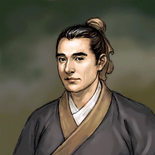 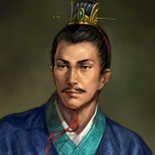 Sangokushi Kōmei Den portrait
Add a photo to this gallery
Retrieved from "https://koei.fandom.com/wiki/Yin_Shang?oldid=433920"
Community content is available under CC-BY-SA unless otherwise noted.