Yong Kai (onyomi: Yō Gai) was the governor of Jian Ning. He led some southern tribes which included Meng Huo, and they revolted against Shu.

In Dynasty Warriors 5, after beating back the state of Wu, Yong Kai and other Nanman officers lead a revolt in Meng Huo and Zhurong's story, where Yong Kai is subsequently slain for his insubordination. In other stories, he survives till the main battle against Shu.

Dynasty Warriors 9 has him erroneously appear as a roaming Shu officer on the map after they have seized Chengdu from Liu Zhang for the following few chapters. His story relevance places Yong Kai as a member of Cao Pi's coalition for his upcoming attack on Shu from five fronts. In Shu's story, he must be defeated to further estrange the Nanman and Wei forces. In Wei's story, Yong Kai will be busy fighting Lu Kai and Wang Kang and must be rescued. After his rescue, he will help the Wei forces negotiate with Meng Huo.

"But I am an honor-bound to repay my debt to Master Liu Bei. While I stand, I will allow no rebellion to go unpunished"
"Honor is a fine thing. But I believe the definition of honor changes according to one's circumstances.

Yong Kai was the prefect of Jianning Commandery in Shu. He rebelled to gain independence from Shu. Contrary to most depictions in fiction, he was actually the main leader of the revolt, rather than Meng Huo, who inherited his position after Gao Ding had betrayed Yong Kai.

In the novel, Zhuge Liang recalls Zhao Yun from his northern post back to Chengdu after Yong Kai joins forces with Meng Huo. Once Zhao Yun arrives, Zhuge Liang begins preparing for his invasion of Nanzhong. 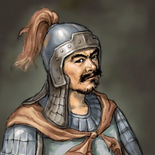 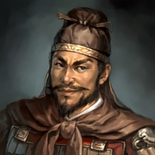 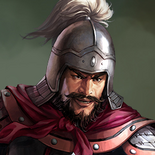 Romance of the Three Kingdoms: The Legend of Cao Cao portrait
Add a photo to this gallery
Retrieved from "https://koei.fandom.com/wiki/Yong_Kai?oldid=433919"
Community content is available under CC-BY-SA unless otherwise noted.