Yuan Shao's Army (袁紹軍) is the name given to the massive military force that Yuan Shao assembled during the Later Han Dynasty of China. His forces wear yellow and are often larger in number than any other army in the games. In Dynasty Warriors: Online, Yuan Shao's army is also symbolized by a boar.

Born with a noble heritage tied to the Han Dynasty, Yuan Shao played a key role in the final years of the Han. He plotted with He Jin against the Ten Eunuchs, and led their slaughter once they killed He Jin for plotting their demise. Yuan Shao also answered the call to alliance by Cao Cao, his childhood friend, and accepted the role as leader of the Anti-Dong Zhuo alliance to take back Louyang.

After this coalition ended, Yuan Shao exerted his dominance of the lands north of Cao Cao. As regional fighting broke out, he turned his eyes on Han Fu, Gongsun Zan, and Zhang Yan's lands. After absorbing, destroying, or forcing into submission each rival warlord, he ruled over one of the largest sections of the land. Due to Yuan Shu's growth in power, Yuan Shao allied himself with Cao Cao and Liu Biao to prepare for their conflict. Such a conflict, however, never came, as Cao Cao routed Tao Qian and Lu Bu's armies while Sun Ce's forces immediately deserted when Yuan Shu declared himself emperor.

He next clashed with Cao Cao's army within the central plains at Guandu and at his home in Hebei but suffered a miserable defeat and a massive loss of men and resources.

After Yuan Shao's death, there was much debate over his successor and his forces split between the eldest and youngest sons. Yuan Shao personally wanted his youngest, Yuan Shang, to succeed, yet Yuan Tan opposed it as the elder son. As a result the bonds between the family were torn apart, weakening their power and giving ample opportunity for Cao Cao to overcome them all. 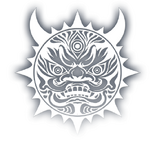