Zhang Miao (onyomi: Chō Baku) is the prefect of Chenliu. He led an army during the campaign against Dong Zhuo and was a close friend of Cao Cao and Yuan Shao. Zhang Miao later rebelled against Cao Cao through the proposal of Chen Gong.

Zhang Miao appears in Dynasty Warriors 7 during the Yellow Turban Rebellion, serving the Han forces in their struggle. He also takes part in the campaign against Dong Zhuo, fighting for the allied forces at Hulao Gate. His final appearance is at Yan Province, where he helps Cao Cao in defeating the Yellow Turban remnants.

Dynasty Warriors 8 has him appear at Puyang. He arrives as reinforcements for Lu Bu together with his brother Zhang Chao.

In the Xtreme Legends expansion's new version of Puyang, Zhang Miao is already present among Lu Bu's forces, and will move across the battlefield in order to convince local tribes to aid Lu Bu's efforts. If Chen Gong's ambush plan is successful, Zhang Miao will set fire to Puyang castle when the warlord returns, and enters the castle.

In Dynasty Warriors 9, Zhang Miao will need to be rescued during the Yellow Turban Rebellion, and doing so will allow him to join the main fight against Zhang Jiao at Guangzhong. When he rebels against Cao Cao and joins Lu Bu, Cao Cao makes it a priority to kill both Zhang Miao and Zhang Chao. Killing the brothers will lower enemy morale.

Zhang Miao also appears in the Romance of the Three Kingdoms games, usually serving He Jin, Cao Cao, or Lu Bu in the early scenarios. He has average leadership, above average intelligence and politics, as well as high charisma. His skill in the eleventh installment increases the amount of troops recruited. His fighting skills are below average most of the time, while not doing well with any unit types either. That combined with his average leadership make him an easy opponent for most of the stronger generals.

"You can't be trusted, Cao Cao. I merely betrayed you before you could do so to me. That is all."

Zhang Miao was born in Dongping. He was known for his chivalrous behavior and often helped the poor and needy. When he entered civil service, he was made "Cavalry Commandant" and later promoted to being Administrator of Chenliu. In 190, Zhang Miao took up arms against Dong Zhuo and was joined by his friend Cao Cao. During the battle at Xingyang, Zhang Miao sent Wei Zi to help Cao Cao, but Cao Cao was defeated nonetheless. During the campaign against Dong Zhuo, Zhang Miao often criticized Yuan Shao, with whom he was also friends. Yuan Shao became so enraged that he ordered Cao Cao to kill Zhang Miao, but Cao Cao refused, stating that Zhang Miao was their friend and starting an internal conflict would not be beneficial. Although Zhang Miao was grateful, he also felt uneasy.

By 192, Cao Cao had defeated the Yellow Turban remnants in Yan Province and became its governor. In 193, Cao Cao's father was killed by Tao Qian, so Cao Cao started an expedition against Tao Qian. Before he left, he instructed his family to seek shelter under Zhang Miao, should he not return. Once Cao Cao returned, he met Zhang Miao and they shared tears of joy. When Lu Bu left Yuan Shao to join Zhang Yang in Bing, he passed Chenliu. Zhang Miao welcomed and treated him very well, which angered Yuan Shao. Because of this, he feared that Yuan Shao might ally with Cao Cao to attack him.

In 194, Cao Cao left Yan Province to attack Tao Qian again. During his absence, his vassal Chen Gong rebelled against him among other officials. Chen Gong persuaded Zhang Miao to join the rebellion, as well as to invite Lu Bu into Yan. When Lu Bu entered Yan Province, many commanderies and counties surrendered to Lu Bu, except for Fan, Juancheng and Dong'e. When Cao Cao heard of the rebellion, he immediately withdrew from Xu Province and returned to Yan. At Puyang, he fought Lu Bu to a stalemate for 100 days, until a famine forced Lu Bu to retreat. Lu Bu was eventually defeated by Cao Cao in 195 and fled, causing Yan Province to fall to Cao Cao again.

Zhang Miao accompanied Lu Bu when he fled to Liu Bei. He left his younger brother Zhang Chao and the rest of his family behind in Yongqiu. Cao Cao besieged the city and conquered it, killing Zhang Chao and Zhang Miao's family in the process. Zhang Miao then went to Yuan Shu in order to seek help from him, but he was killed by his own men before he reached Shouchun.

Zhang Miao is first mentioned in chapter 5 of the novel during the campaign against Dong Zhuo as the Governor of Chenliu. In chapter 7, Han Fu is mentioned to have joined Zhang Miao after his defeat against Yuan Shao. He later accepted Chen Gong into his service and then Lu Bu. Chen Gong persuaded him to rebel against Cao Cao and take control of Yan Province, to which Zhang Miao agreed. After Cao Cao recaptured Puyang, Zhang Miao fled with Lu Bu and Zhang Chao to the city of Dingtao, where they met Cao Cao for a final battle. After Lu Bu was ambushed in the woods by Cao Cao's generals, he escaped with his retainers to Liu Bei. Zhang Miao chose to flee to Yuan Shu instead, where he was killed by his own men, while Zhang Chao committed suicide. 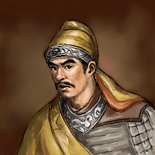 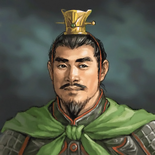 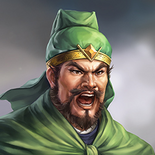 Romance of the Three Kingdoms: The Legend of Cao Cao portrait
Community content is available under CC-BY-SA unless otherwise noted.
Advertisement