Zhao Ang (onyomi: Chō Kō) is an officer who served Cao Cao. He is Wang Yi's husband who fought beside her and his fellow generals to repel Ma Chao's invasion.

He appears as an opponent in the Ji Castle Legend Mode in Dynasty Warriors 5: Xtreme Legends. He is the Wei general who defends the castle's front gate. If he is approached by Ma Chao or Pang De, he will enter a hyper state. Within the Empires installment, Zhao Ang is a general with average capabilities who can be recruited after the year 194.

He randomly appears as a minor officer throughout the Romance of the Three Kingdoms series.

Zhao Ang was born in Tianshui Commandary (modern day Gansu). He was married to Wang Yi and was the father to three sons and one daughter. One of his sons was named Zhao Yue and his daughter was named Zhao Ying.

He began his career during his youth as an officer in Liangzhou. His reputation was on the rise at the same time as his fellow officers Yang Fu, Jiang Xu, and Yin Feng. Sometime during the Jian'an Era (the years 196~220), Zhao Ang was promoted to military service within Tianshui and was stationed at Jicheng. He was ordered to reinforce the Governor of Liangzhou and lord of Jicheng, Wei Kang. In 213 Ma Chao led a rebellion and clashed with Wei Kang's forces. Since reinforcements for their cause would take too long to reach them, Wei Kang soon offered a plea of surrender by opening Jicheng's gates. Both Zhao Ang and Yang Fu sought to discourage the offer, but their pleas fell on deaf ears.

After Ma Chao accepted their terms of surrender he entered the castle, quickly killed Wei Kang, and took Jicheng for himself. As Zhao Ang and the other retainers fled for safety, Ma Chao held Zhao Yue hostage. He wanted to use the heir in an attempt to win Zhao Ang's loyalties. Zhao Yue's father wanted to stay true to his duties yet hesitated to attack Ma Chao due to his love for his son. Swayed by his wife's encouragement, however, Zhao Ang ultimately decided to strike back. He and his wife joined forces with Yin Feng to defend Qishan. There, they opposed Ma Chao's forces nine times with a staunch defense. They gained the upper hand when Xiahou Yuan reinforced them thirty days later. After the reinforcements came, Zhao Yue's death by Ma Chao's hand was reported to the defenders.

His efforts in the war were celebrated and rewarded. Zhao Ang is last mentioned by name to have been granted the post as Governor of Yizhou. Curiously a person with the same title was reported to have later died beside Xiahou Yuan in 219. However, this individual was named Zhao Yong (趙顒) in Liu Bei's scroll in Record of Three Kingdoms. People are divided on whether Zhao Yong is a simple misspelling of Zhao Ang or a different person altogether, though it's currently argued that the former is a plausible truth.

Zhao Ang only appears in chapter 64 in Romance of the Three Kingdoms in which he is fictionally described as one of Jiang Xu's subordinate officers. Rather than being held as Ma Chao's hostage, his son, Zhao Yue, was actually a member of the general's army. Zhao Ang feared that marching against Ma Chao would endanger his son's life and hesitated to act on Jiang Xu's order to avenge the death of the deceased prefect, Wei Kang. When he asked his wife her opinion on the manner, she patronized his idleness and threatened to kill herself if he didn't join the ranks. Zhao Ang then supported the assault by camping at Qishan with Yin Feng. His son was promptly beheaded by Ma Chao before the battle between the parties commenced. Jiang Xu and Yang Fu were aware of Ma Chao's cruelty to their comrade and dressed in clothes of mourning when they marched against Ma Chao.

Zhao Ang and Yin Feng then supported a devastating pincer attack on Ma Chao's forces at Licheng. After Ma Chao's wife was brutally murdered at his own city Jicheng, the general was forced to perform a desperate escape when Xiahou Yuan's forces approached. Ma Chao and his generals would later raid Licheng and slaughter the residents they found within it as an act of vengeance, including the people found within Zhao Ang's household. Zhao Ang and his wife survived the attack since they were away from the city. 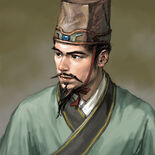 100man-nin no Sangokushi portrait
Add a photo to this gallery
Retrieved from "https://koei.fandom.com/wiki/Zhao_Ang?oldid=430692"
Community content is available under CC-BY-SA unless otherwise noted.